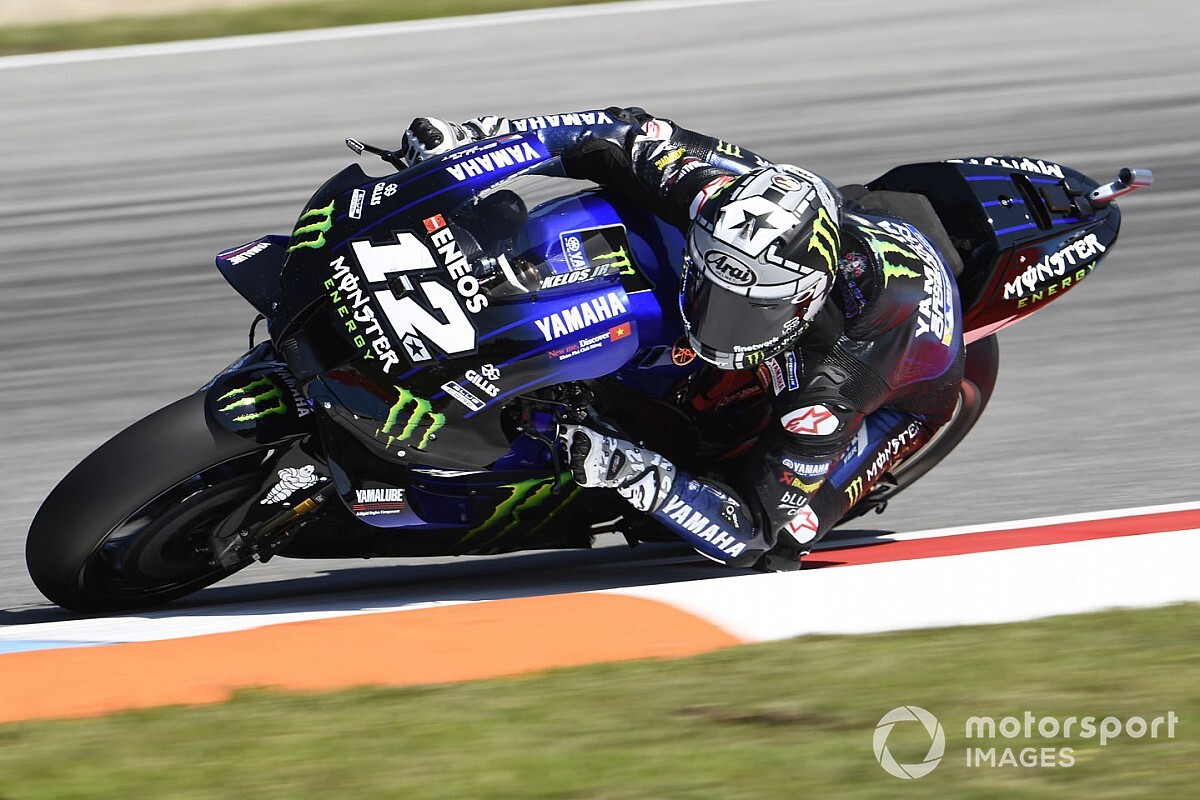 Yamaha's Maverick Vinales says he was "very lucky" to even finish 14th in the MotoGP Czech Grand Prix having battled an "impossible" lack of grip from the first lap.

Vinales started from fifth on the grid, but slipped to eighth after the opening lap and continued to tumble down the order at Brno, eventually taking the chequered flag almost 20 seconds from the win in 14th – his worst finish as a Yamaha rider.

Vinales joined half the field in running the soft rear tyre along with eventual podium finishers Franco Morbidelli and Johann Zarco.

But from the first lap Vinales says he had a lot of spinning on the rear tyre, and admits towards the end the bike became "unsafe" to ride.

"In the race, since the first lap, it was impossible, [I had] a lot of spin [on the rear tyre]," Vinales said.

He added: "For sure I think Yamaha is much more hurt than myself because it's difficult to finish in P14. And I was very lucky, because if not, I don't even take one point.

"So, these two points will count a lot in the championship. I didn't give up, I tried to push and not make any mistake."

Vinales says it's "hard to say" what exactly his problem was, but all weekend there was "something we missed" in getting the tyres to work.

"All weekend we have been struggling with the tyres, he said. "For me it's hard to say [what the problem was], because it's difficult to understand why in warm-up I could be second and so fast, and then in the race I was P14.

"The only thing we can do is keep a positive mind, we have to work very hard to understand that nothing is perfect in life, also we make mistakes.

"So maybe today we didn't find out where to go or the set-up we needed to use. Was difficult to ride the bike, but we know we have potential. And we're going to try to take it out, try to improve.

"This is the most important thing. I think now Yamaha has valuable data to understand the problem, because in Austria I think the tyres are very similar to here."

Some riders complained of inconsistency with Michelin's tyres at Brno, but Vinales reckons his problems with the rubber were "much more related to the bike".