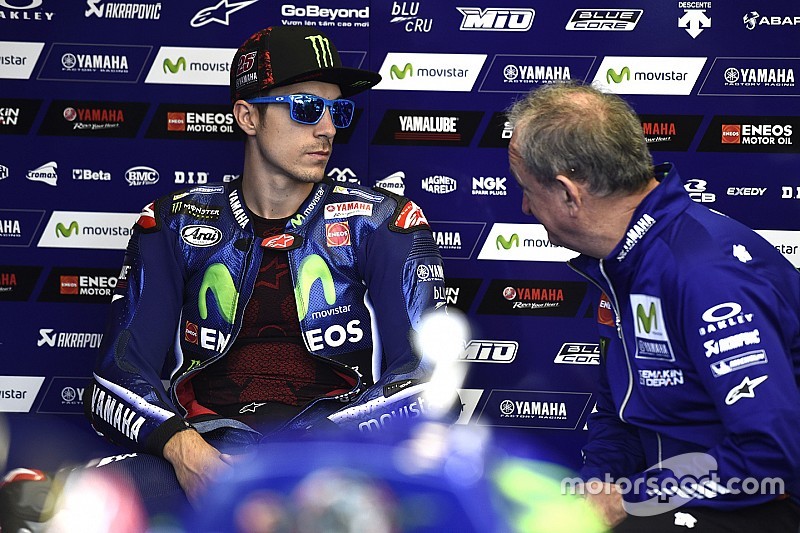 Yamaha MotoGP rider Maverick Vinales has confirmed he will split with crew chief Ramon Forcada at the end of the current season.

Vinales had made a strong start with Yamaha but his form faded and a patchy beginning to 2018 led to suggestions he and Forcada were heading for a split – with the rider himself admitting in May that they had gone through a “difficult” phase in their professional relationship.

Garcia worked with Vinales in Moto3 in 2013, helping the rider to the lightweight class title that year.

“I’m looking forward to working with Esteban, because in 2013 he brought the best out of me,” Vinales said. “And that’s what’s important, to feel good about my people. All I want is to make my own team.”

Vinales was known to have targeted his former Suzuki MotoGP crew chief Jose Manuel Cazeaux, but was not successful in luring him away from Alex Rins.

Forcada is now set to switch to Yamaha's new SIC Racing satellite team, where he is expected to be working with Franco Morbidelli.

Rider performance analyst Wilco Zeelenberg, who has worked closely with Vinales, is also tipped to be joining the Malaysian outfit, where he is set for the team manager role.

Vinales has a replacement in mind for Zeelenberg as well, as he said he “would like very much to have” former 125cc champion Julian Simon come on board in a similar role.

“Sometimes there are things that you can't see on the bike, and it's really important to have one person like Wilco - to be calm, to know where you make the mistake, because sometimes you are trying one corner a thousand times but you are not on the correct line.

“The riders never do the track perfectly, all the track all the corners, so it's important to have someone that looks at the opponents and sees also what our bike does.

“For me the most important is to compare what I say and what [somebody] like Wilco sees when I'm on the bike.”

Insight: How TV brings home the magic of MotoGP