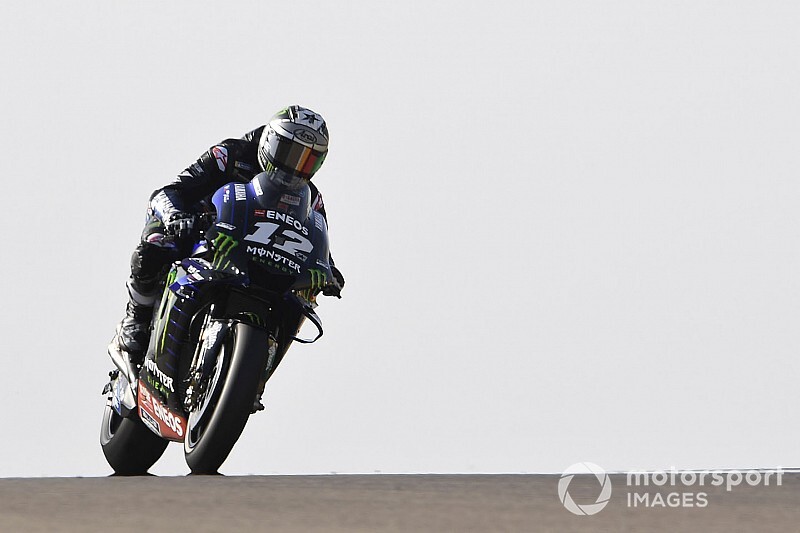 Marquez was dominant in FP1 and continued to run the soft rear tyre at the start of FP2, with rain forecast for Saturday.

While he ended his first run without getting close to his FP1 benchmark of 1m46.869s, he still led the way by half a second from Alex Rins.

Marquez's FP1 effort remained by far the best lap of the day, and he didn't improve for the rest of the session, switching to a hard rear tyre at the end when virtually everyone else was on fresh softs.

He led the FP2 standings until the final four minutes of the session when Vinales took over with a couple of 1m48.0s, with his Yamaha factory teammate Rossi slotting into second.

Petronas Yamaha rider Fabio Quartararo timed his best lap for after the chequered flag fell and he was fastest after the first three sectors of the lap, but he ended up third behind his factory counterparts.

Marquez still ended up fourth, the Spaniard having a shaky end to the session as he crashed at Turn 8 and then also ran very wide at Turn 5.