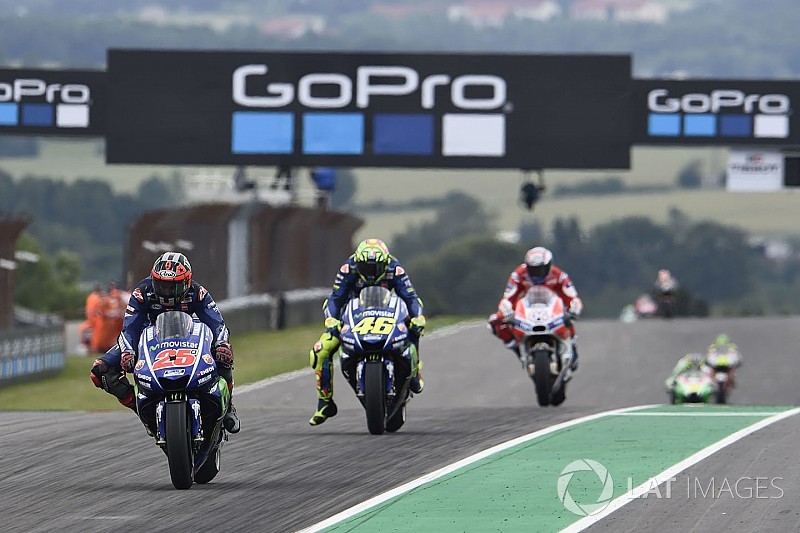 Maverick Vinales says a lack of strong results in recent MotoGP races have negated his achievements in the early stages of the campaign, and he will start the second half of the season "from scratch".

Having joined Yamaha after two years with Suzuki, Vinales kicked off the season in the best possible way, dominating pre-season testing and winning the first two races in Qatar and Argentina.

The Spaniard had stretched a 26-point lead at the head of the standings after Mugello, but lost that advantage in just two races, struggling to 10th in Barcelona and then crashing out at Assen.

"I’m disappointed, for sure," admitted Vinales."We lost so many points in four races, we needed to be in front when conditions were normal.

Vinales added that his Assen crash was on his mind when he chose to settle for fourth at the Sachsenring, one place ahead of Yamaha teammate Valentino Rossi.

"It’s the first year I’ve been in the front fighting for the championship," he continued. "I try to give my best but sometimes you give your best and you have to get fourth, fifth, sixth [position].

"In Assen, I wanted to win, I didn’t want to make fifth or fourth. So maybe it if it was the second year I wouldn’t have risked and I would have stayed fifth and today I’d be leading the championship."

Vinales underlined his intention to begin the second half of the season, which begins at Brno after a month-long summer break, the same way he started his campaign.

"For me, the plan has to be the same as in the first part of the season, the first races," he said. "It's almost like starting the championship from scratch.

"We must do it the best way, work hard during the break, try to improve the bike during this month and in Brno do your 100 percent.

"We have to make the bike work like it was working before, and that’s it. Then we can win races and be in the front of the championship."

Iannone just needs to "get on with the job", says Schwantz