Vinales withdraws from Brno test due to shoulder pain 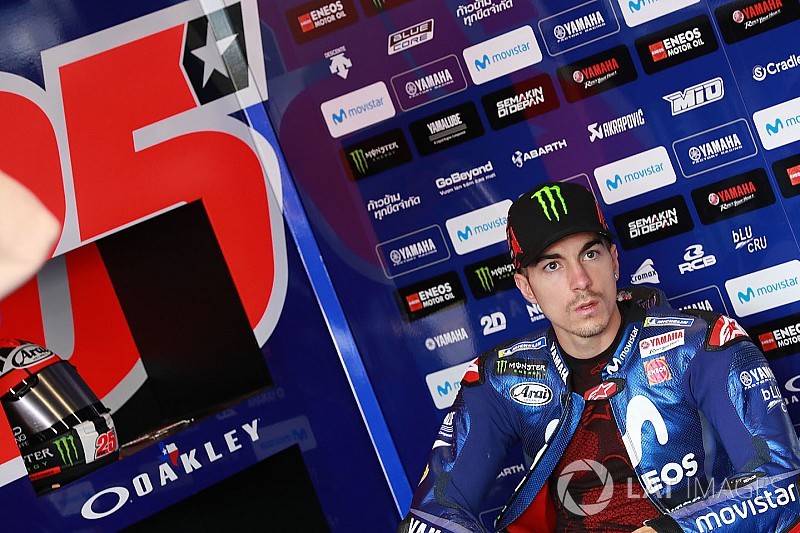 Maverick Vinales will skip the post-race MotoGP test at Brno due to pain in his shoulders after his crash during the Czech Grand Prix.

Vinales suffered his first retirement of the season when he crashed along with Bradley Smith and Stefan Bradl at Turn 3 on the opening lap at Brno, with the Honda wildcard rider was accused of being the culprit.

The Yamaha rider hurt his shoulder, and after the race he said that his Monday test programme would depend on how he feels.

"I don't know yet. Depends on how I wake up tomorrow from the crash. Let's see if I'm okay or not, I don't know," he said on Sunday.

In addition to that, Bradl will also skip the test with a shoulder injury, the German rider replaced by former MotoGP rider and Honda tester Hiroshi Aoyama.

Ducati satellite teams Angel Nieto and Avintia are both skipping the test, while KTM is only represented by Smith as Pol Espargaro and Mika Kallio are both injured.

The eight-hour post-race MotoGP test at Brno kicked off at 10 o'clock local time, and it is currently Ducati's Jorge Lorenzo leading the way with a best lap of 1m55.609s.