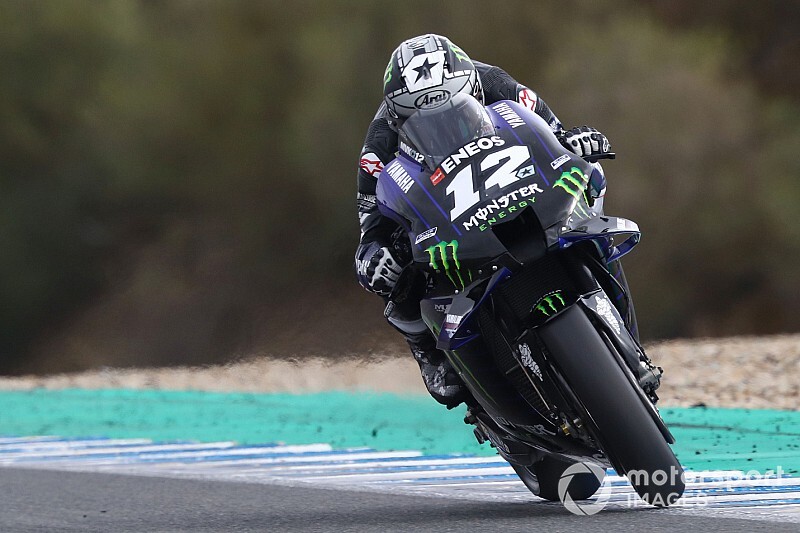 Yamaha MotoGP boss Lin Jarvis says he would be happy for Maverick Vinales to remain part of the manufacturer's line-up "for 2021 and beyond".

Vinales is responsible for six of Yamaha's seven premier-class wins since his arrival in 2017, and finished as the Iwata marque's highest-placed rider in the standings this past season.

Yet as he enters the last year of his current deal, there are doubts over whether Vinales can count on a spot in Yamaha's works line-up beyond that, given the status of his squadmate Valentino Rossi and the breakout campaign put together by Fabio Quartararo for Yamaha's Petronas-backed satellite SRT operation.

But having seen Vinales - partnered with a new crew chief in Esteban Garcia and performance analyst Julian Simon - "refind his place in the factory team" in 2019, Jarvis indicated there was no reason why Yamaha would want to split with the rider.

"Maverick started the year not in a good way," Jarvis said. "He was really struggling after the first five or six grands prix, and at that time it was Valentino who was outperforming him.

"Valentino had some strong second-place finishes early in the year, almost won the race in Austin for instance, and Maverick was a little bit lost.

"Then I think we saw the benefit of the changes we made in the team for him, and I think gradually that group started to work and started to click, and then Maverick made his own decisions on how to set up the bike for the race weekend. So I think it’s really encouraging that we’ve seen him improve his performances throughout the year.

"Another thing I’m so thankful he’s improved is his starting, because the typical thing we would see from Maverick was he would be in a decent position from the starting grid and immediately then go backwards at the beginning of the race.

"Now he’s spent time and effort on that, we’ve made some technical changes, he’s improved his starting - cancelling a weak point.

"So I think he’s definitely refound his place in the factory team, shown his potential. He’s the only Yamaha rider that’s won two races this year, and I would certainly be happy for him to stay with us for ’21 and beyond."

Vinales is believed to have other potential suitors for 2021, most notably Ducati, whose tech chief Gigi Dall'Igna hinted the Spaniard was on the firm's list.

More recently, Ducati CEO Stefano Domenicali indicated that some riders were already closing on deals for the next MotoGP contract cycle.

"Everyone is talking and some are already on the move," he said. "There are many things to consider - but I don't think it's time to talk about specific names yet."