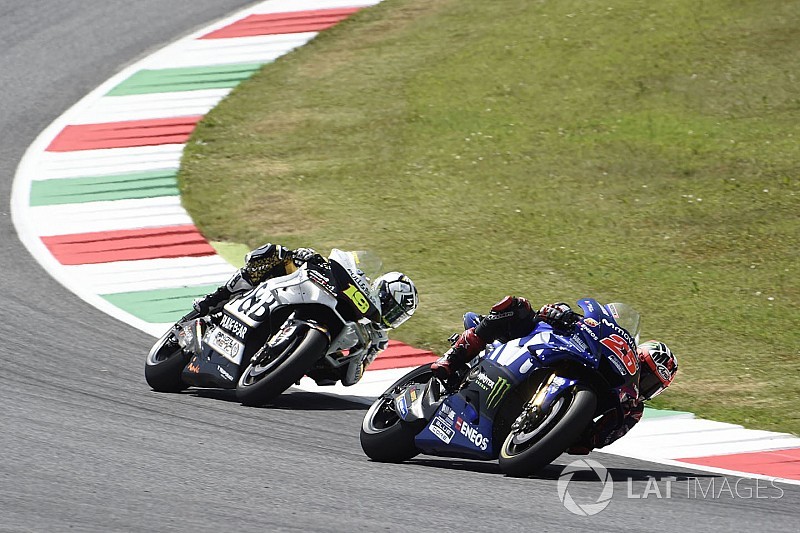 Maverick Vinales has urged Yamaha to live up to its promise of providing him a winning MotoGP bike after his low-key run to eighth in Sunday’s Italian Grand Prix.

The Spaniard, who has now gone more than a year since his last victory, slumped from a third to 11th on the opening lap at Mugello and was only able to recover to eighth.

Vinales spent most of the race fighting Alvaro Bautista's Nieto Ducati, complaining of a chronic lack of front-end grip on his works Yamaha despite having "good rhythm" in practice and qualifying just 0.096s behind polesitting teammate Valentino Rossi.

After describing the feeling with his works M1 during the Mugello race as "horrible", Vinales said it was time for the team to live up to the promise it made when he agreed a new two-year contract with the Iwata marque.

"When I signed with Yamaha, they promised me a bike to win," said Vinales. "It's time to show that the bike can win.

"I hope Yamaha can solve this problem, because when you are with one bike that they promise you to win, you want to win – not to win every race, but to be there.

"I can be there with the level I have, the level we show [in practice and qualifying]. But in the race everything goes [wrong].

"I hope Yamaha received the message, because they promised me a bike to win, not be seventh or fighting with satellite Ducatis."

Asked if he had any regrets about signing a new deal with Yamaha so early, Vinales replied: "No, no.

"Honestly, when you see on Saturday my rhythm, I was able to be in the front even without confidence. When I get confidence back I'm able to be on pole, I can make really good laptimes.

"The problem is in the race. Practices are good, races are bad. It's pretty strange because when I was in Suzuki in the races we made big steps always. Now in the races it seems we always go down in the level."

Despite his struggles, Vinales still lies third in the points standings, 28 points behind leader Marc Marquez – who failed to score at Mugello after a crash – and five behind second-placed Rossi.

"As I said, I am here at Yamaha to win," Vinales continued. "Let's see if from here to the end of the season if we can improve and we can win.

"We are 28 points behind Marc, there is still a chance. Even when things go bad, the championship is not going away, so for me this means we have to react and we have to find the solution now.

"It's one year or more since we had this problem. They [Yamaha] have the chance to win the title, they have two riders that can win the title."