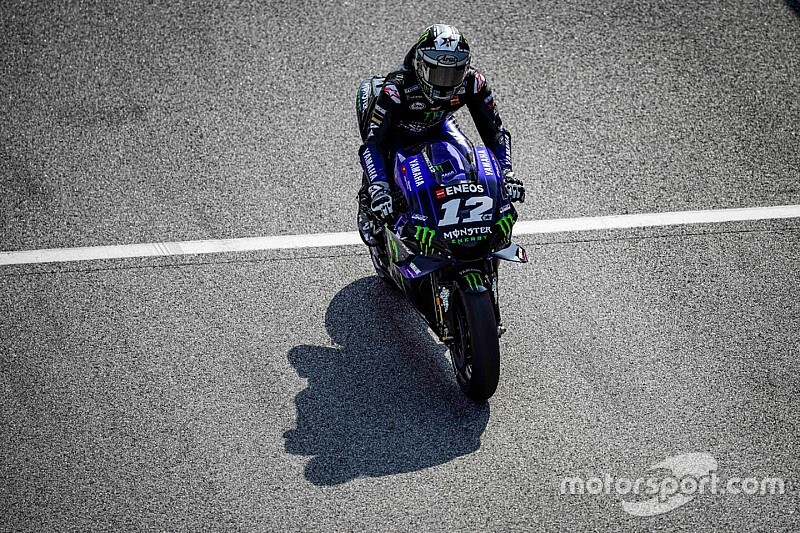 Maverick Vinales says it was "not easy" to commit to another early MotoGP contract renewal with Yamaha, as he had an "open mind" about going elsewhere.

Vinales, who has been part of Yamaha's set-up since joining from Suzuki in 2017, has long harboured championship ambitions but has not finished higher than third in the standings in his three campaigns with the M1 bike.

He was known to be on Ducati's radar for 2021, but instead agreed another two-year deal with Yamaha a year in advance.

"It was not easy because I needed to clarify many points in Yamaha, which in the previous years I didn't really feel good [about]," Vinales said.

"But finally, I felt good in Yamaha, I felt a lot of support from Yamaha in the last months [of 2019], especially after the summer break, which also changed a little bit my mentality.

"I think now we created a strong team, and this made a lot of weight on my decision - [having] my team, my own team. I think we created a good atmosphere, which I didn't want to break, because I felt really good inside the team, and I enjoyed racing, which is the most important.

"And that was one of the biggest reasons why I stayed in Yamaha."

Vinales' crew make-up had undergone significant changes in 2019, with Esteban Garcia replacing Ramon Forcada - who Vinales had fallen out with - as crew chief, while Julian Simon added as rider performance analyst.

Vinales felt that the changes had increasingly started to pay off during 2019, and has had his belief in challenging for the title with Yamaha reinforced by the M1's improved performances at the end of the year.

"I had an open mind [about leaving]," he admitted. "Finally, I said previously that this year is a good opportunity for me, because we improved a lot, I feel I have my team and I'm fully committed to be ready to fight for the championship.

"And I feel now I'm ready, physically, mentally, with the team. I think we can do it.

"I was not really thinking, to move or not to move. I was thinking - okay, if Yamaha prefers this, I will move, if Yamaha doesn't prefer this, I will wait. But finally I felt good support from Yamaha, and we went to the factory, [saw] very positive things, and after we signed the contract."