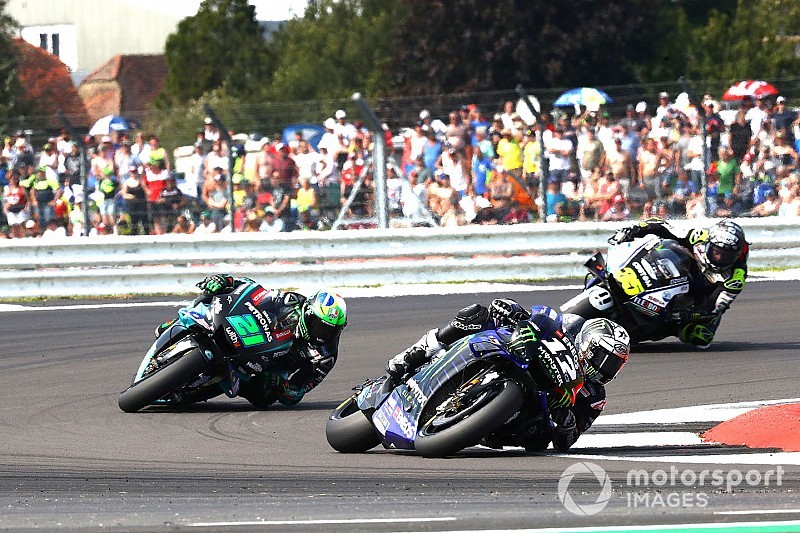 Yamaha MotoGP rider Maverick Vinales says he was "in shock" at being able to maintain his pace in the closing stages of the British Grand Prix and close in on the leading two riders.

Vinales secured his third podium finish in the last five races at the scene of his maiden MotoGP win in 2016, ending up just six tenths adrift of Alex Rins and Marc Marquez.

Having spent the opening part fourth behind Yamaha teammate Valentino Rossi, Vinales moved up to third on lap seven of 20, and was able to close most of the three-second deficit to the lead pair in the latter stages as the battle between Rins and Marquez hotted up.

His late-race pace was in contrast to Rossi and the Petronas SRT Yamaha of Franco Morbidelli, who finished fourth and fifth respectively and were both struggling with tyre consumption.

Rins and Marquez also admitted to having to reduce their power settings in a bid to preserve their rubber for the closing laps.

"Actually I’m a little bit in shock!" said Vinales when asked to comment on the state of his rear tyre at the end of the race. "They [Rins and Marquez] say they controlled the fuel [map], I was at full power for all the race, honestly!

"I started to catch them [Marquez and Rins] when they started to fight. If not, it was very difficult because we were riding on the same way.

"I was alone, so I didn’t have the gain of the slipstream, which I thought I could get from the beginning and get closer to them. It’s like this."

He added: "Somehow we are creating a good way with the bike, the chassis. We are improving on races, especially without grip.

"We play with the bike the best we can, I think we take out the maximum and even more because we had laptimes that were very close to the top guys.

"The only point is to improve, to keep working also on myself to give a bit extra [in case] the bike doesn’t arrive."

Vinales has spoken frequently of his difficulties overtaking this year, notably struggling badly to overtake slower bikes at Brno earlier this month.

But the Spaniard said he had no trouble passing teammate Rossi in their early fight for third.

"We are lucky here to have more parts [of the track] to overtake, not only hard [braking zones]." 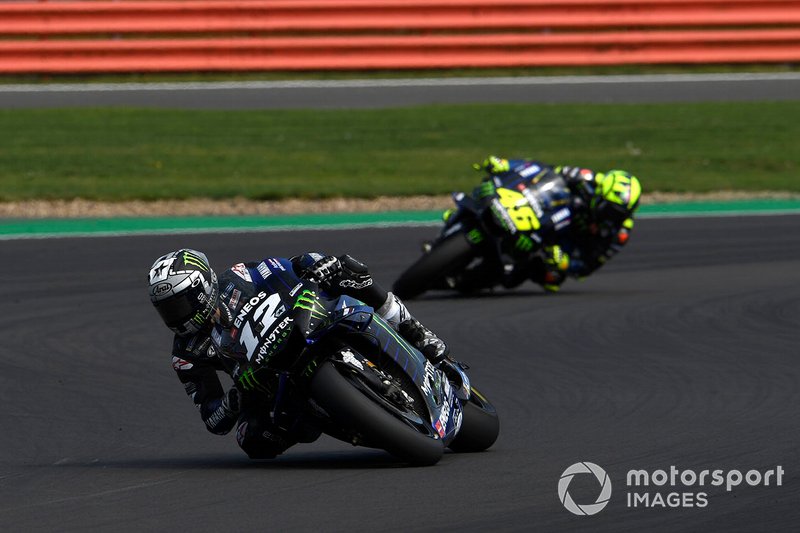