What’s it really like to work with Valentino Rossi?

Few would argue that Valentino Rossi is MotoGP’s ‘GOAT’ – but what’s it really like to work with The Doctor on a day-to-day basis? We asked Aussie mechanic Alex Briggs, a long-standing member of the Rossi squad.

Back in 1993 the former motocross hotshot left his native Australia behind and headed to Europe, dreaming of working as a mechanic on the world MX stage.

Instead he found himself working at HRC with fellow Aussie Daryl Beattie in Grand Prix racing, having hooked up with famous engineer Jeremy Burgess.

A year later Briggs started working with Mick Doohan, which led a string of titles. When the Doohan era came to an end in 1999, he was posted with a young rider from Italy called Valentino Rossi.

The pair have worked together since then, shifting from Honda to Yamaha, Ducati, and back to Yamaha while racking up seven World Championships.

MOTORSPORT.COM: What's it like working with the guy considered as the greatest rider of all time?

ALEX BRIGGS: I think this question can be answered with one word, or a book of words! One word would be ‘incredible’.

As for a book I don’t have time, so I will try to tell you in a paragraph.

For me I have always tried not to think of him like that, and when I started he was not the ‘GOAT’. But as time went on it started to become clear. This guy has won races and World Championships on everything from a 125cc, 250cc, 500cc two-stroke, to 990cc, 800cc & 1000cc four-stroke – plus the Suzuka eight-hour endurance race.

But if you stop to think like that as a mechanic you can lose perspective of what your job is. So I keep those thoughts at the back of my mind and do the job at hand.

One of the great things about working for Valentino is appreciation of your efforts and the fact that he has always taken the time to show interest in me, my family and my interests.

What is it that makes Valentino different to the rest?

If you mean why is he so good, I suspect it’s like buying a computer; some are just faster than others, some have bigger CPUs and more memory. He is the equivalent to the fastest computer that you can buy that keeps regenerating!

If you mean something that you can see or understand it’s this: his love for the sport. I mean everything about it, not just riding. He enjoys seeing the young riders win, he enjoys helping them. He has finished races where he has not won, but loved the race so much he can’t hide it.

How does a team deal with something like Rossi's injury earlier this season?

You can’t prepare for an injury and when they happen you take each one as it comes.

Our response is dictated by the rider. Do we need to modify the handle bars for the injury, make some adjustment to the setting to help, like modify the brake, gear shifter or foot pegs? Apart from this we just all keep positive and help where we can. 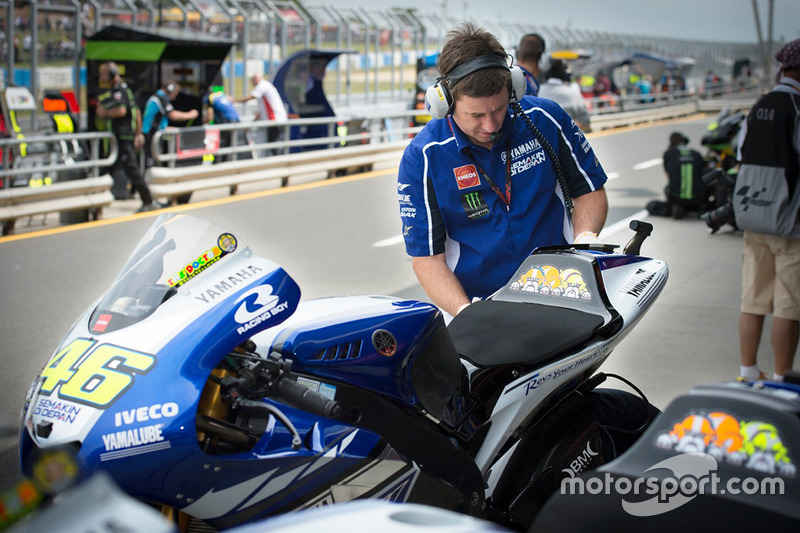 What is the team culture like in MotoGP? Is there as much friction between teammates and crews as is perceived from the outside?

I think a lot of this is media and promoter driven. Honestly, there is some friction between riders as you would expect and I believe that is heathy in any sport. With regards to mechanics I would say very little angst at all. We all know that we all work hard, we also know that we may well be working with each other in the future or have worked and made friendships in the past.

What's the best race of the year from a mechanics perspective?

Any race you win! But over the years particular races become favourites, it might be because of the area, the people, or the food.

My favourite race of of all time was Laguna Seca in the United States, which is no longer on the calendar, because we stayed in Monterey where the hotel, food, and town was fantastic. The race fans in the US are very dedicated and polite. Oh, and the golf courses around there were are some of the best in the world.

Any race that your rider gets injured or crashes in the race.

What do you do next, after working with Rossi?

People ask this question often – every year I get asked will you do another year.

This has happened every year for 25 years, and every year I never really know. I sign year-to-year contracts.

I work for the best rider in history, and I was there for the first race in the premiere class, and I intend to be there for the last race!

Your home race is next – what’s the best bit about a rare trip home?

I would say catching up with friends. People from racing that I see less than once a year but only ever at Phillip Island.

I also like being there before it gets busy and walking around town and enjoying the seaside atmosphere, it can feel a little like Monterey because of the sounds and the weather. 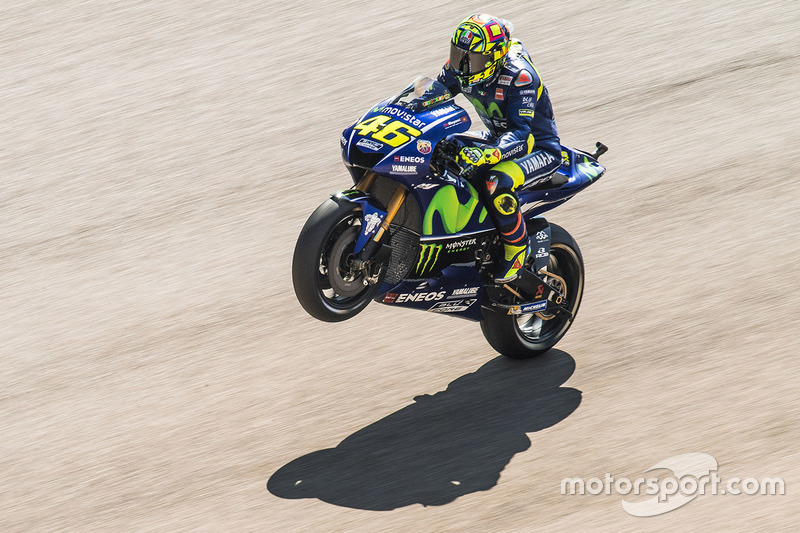 Marquez keeping "half an eye" on Vinales in title fight