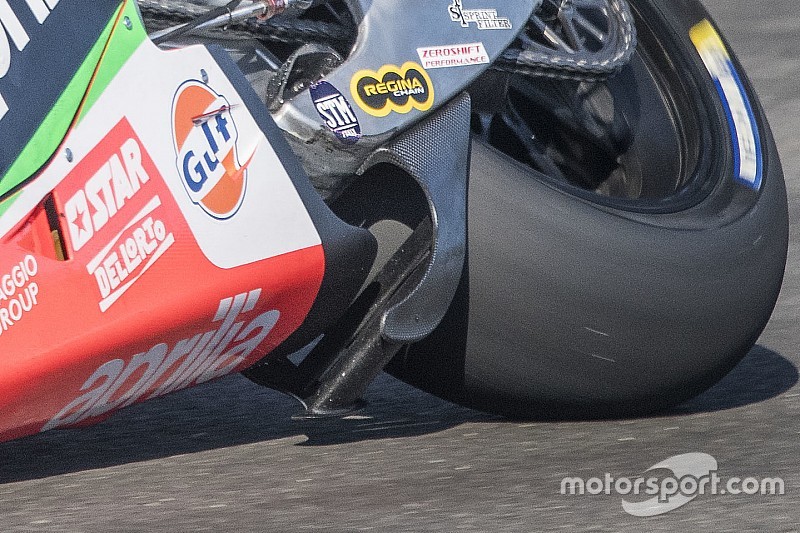 In Jerez last weekend, the Aprilia, Yamaha and Suzuki MotoGP teams all introduced their own variants of Ducati's controversial winglet. Our technical expert Jake Boxall-Legge casts his eyes over the different designs. 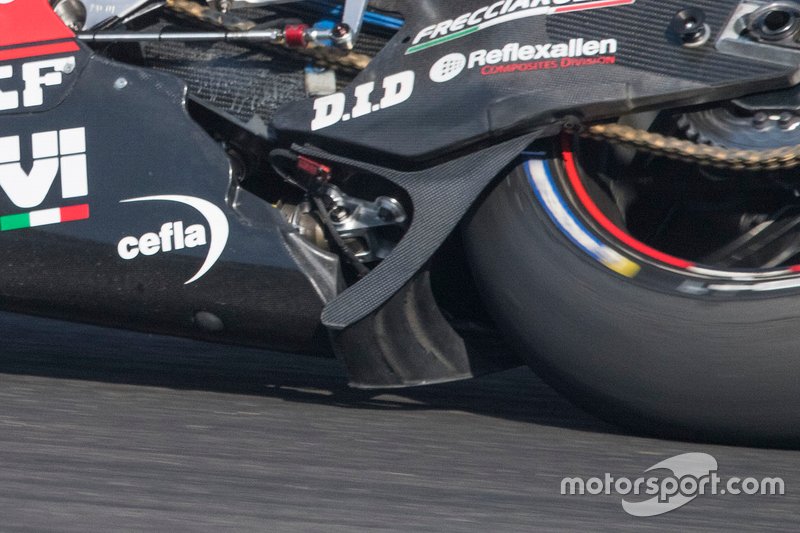 Ducati's design consists of three winglets of seemingly equal chord lengths. At its simplest, this scoops the airflow upwards and into the space behind the bottom fairing of the bike. There, Ducati has managed to argue that cooler airflow is able to be brought into the face of the tyre and help reduce the overall temperatures. Realistically, the shape of the winglets is also able to produce more downforce on the swingarm, which is ultimately going to improve traction under acceleration. 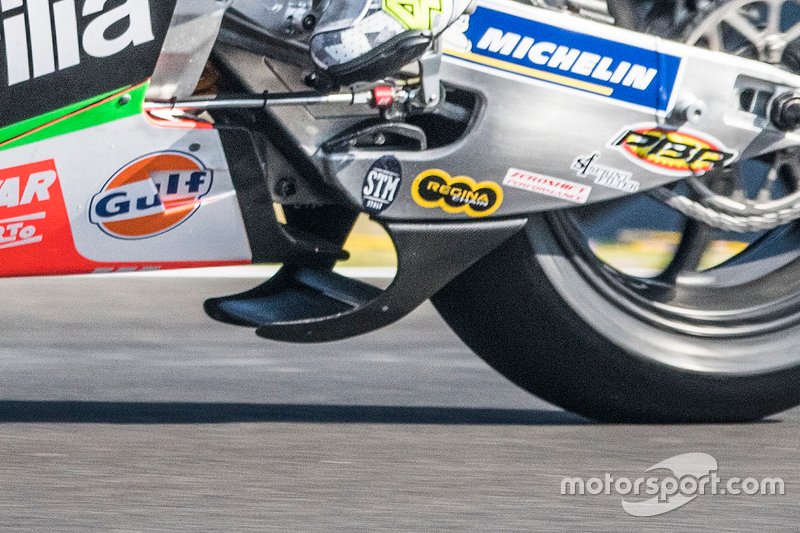 This too features three elements, but the first features a much longer chord to more deliberately scoop up airflow from underneath the bike and press the swingarm down onto the road. The two further elements have short chords to limit any separation in this area. 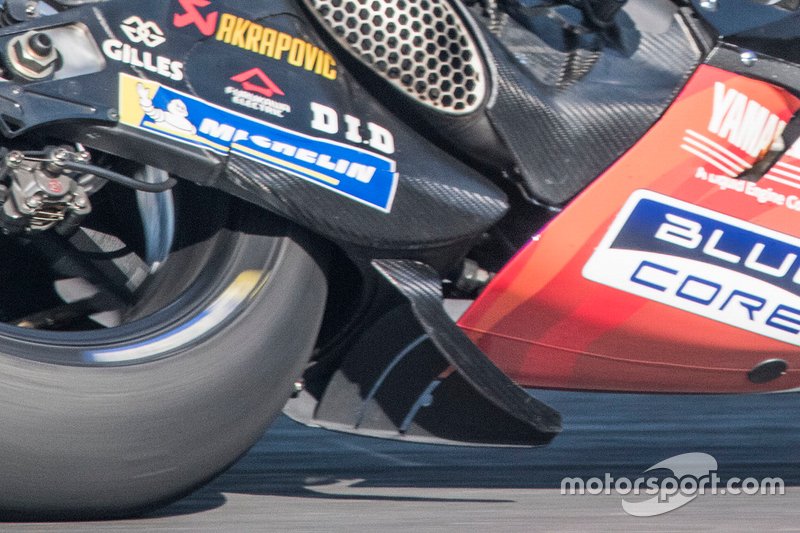 Yamaha's looks significantly more anteater-like compared to the others - tapering in dramatically at the leading edge. It seems as though the 'intended' purpose is much different, more closely resembling the rain deflector in its shape. There's also a small semi-circular cut-out at the trailing edge of the first element, perhaps looking to give the low-pressure air passing underneath a bit more opportunity to expand. The shape also seems to be conducive to developing that low pressure zone underneath, forcing the airflow underneath into a nozzle - which then diffuses into a larger area. 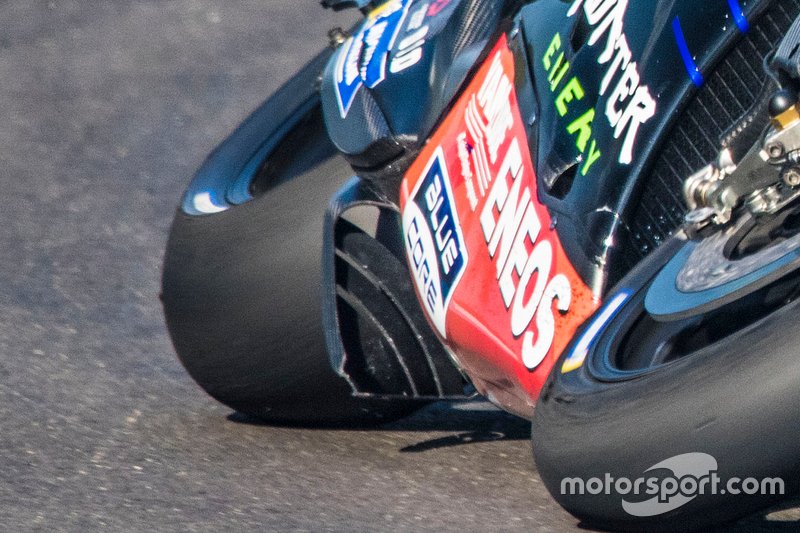 Yamaha's interpretation is a bit of a halfway-house design, taking the benefits of last year's deflector but also generating more downforce at the swingarm axis. It's not as overt as the other designs, especially as the short-span leading edge will limit the amount of downforce produced, but it should offer more options if there are wet track conditions. 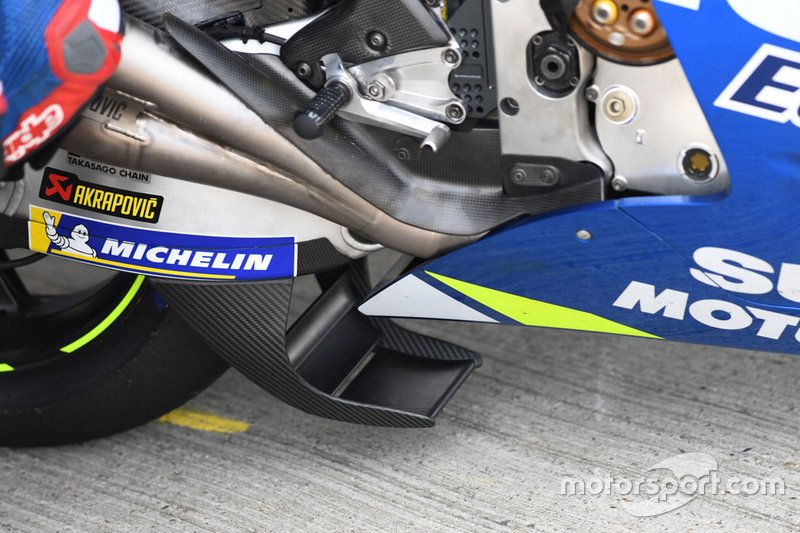 Suzuki has brought a scoop that's lower and further forward - with a flat first element with a long chord. Running this close to the ground means the wing will undoubtedly derive some degree of ground effect - creating some suction to pull the swingarm closer to the track surface. The following elements are of decreasing chord length, and the slot gap between them and the main element suggest a level of incongruence here. 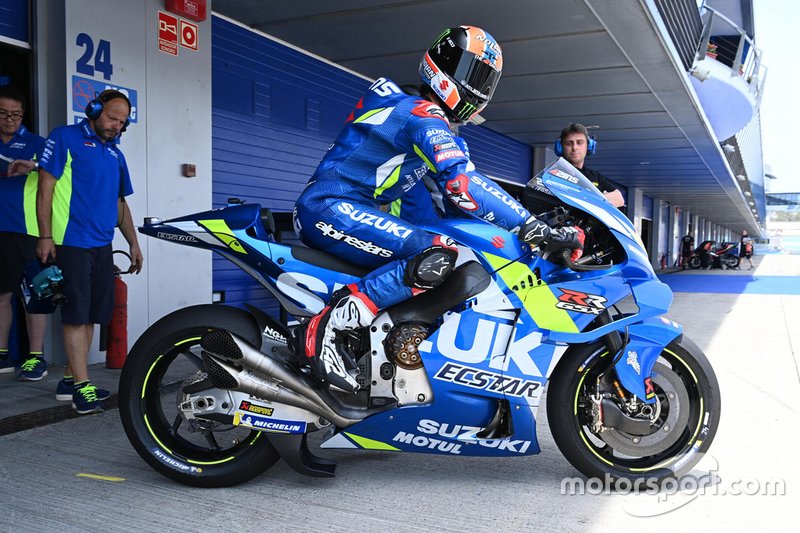 Those two smaller elements develop a strong upwash structure, shunting any flow from the bottom of the lower fairing upwards and squeezing out some more downforce - and also protects the tyre from churning that airflow into a mass of turbulence. 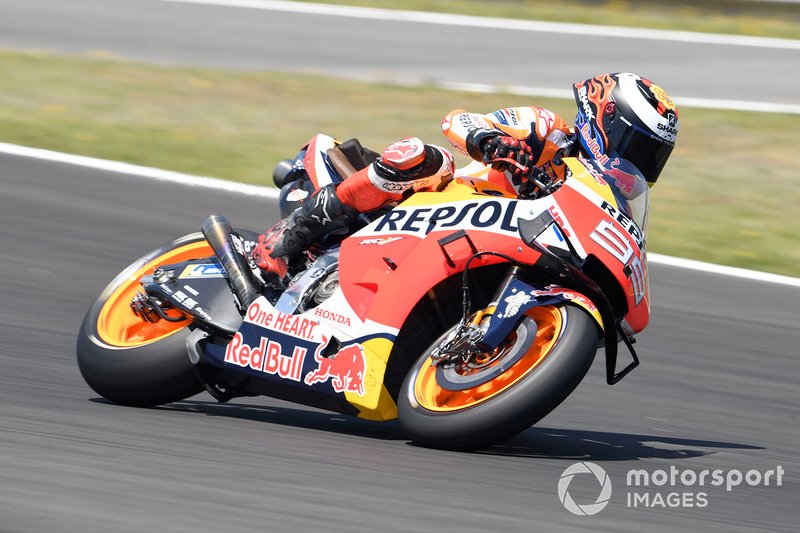 It's far more pragmatic than the other designs out there; a single-element piece drops down in front of the rear tyre, and will undoubtedly generate a lot less downforce as a result. 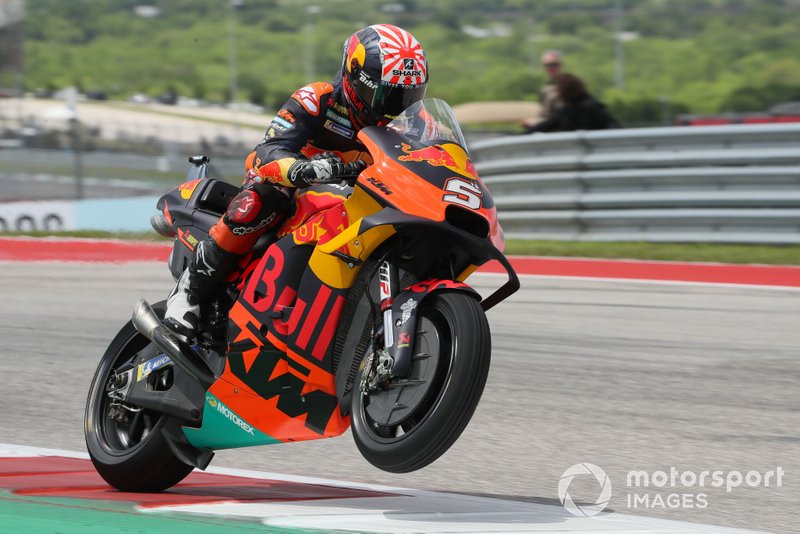 KTM interpretation (pictured in Austin) is almost a carbon copy of Yamaha's rain deflector, with no slots or wing structures to 'double up' as a tyre cooler. There will be some certain downforce-producing properties, while the tyre is far less susceptible to the rain spray emerging from the stern.