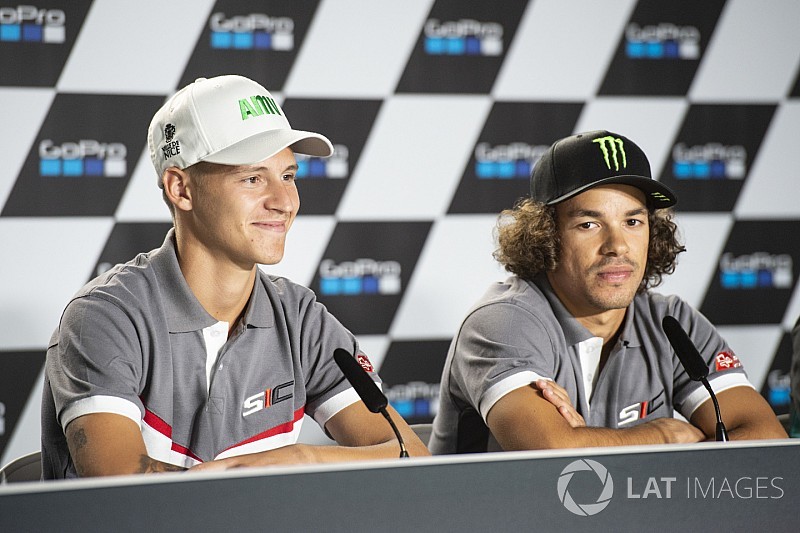 Yamaha says it will provide an ‘A-spec’ satellite bike close in specification to that of the works riders for new SIC satellite signing Franco Morbidelli next season.

Current Marc VDS Honda rider Morbidelli and Moto2 graduate Fabio Quartararo were both formally unveiled in a SIC team presentation at Silverstone on Saturday, with Petronas also being confirmed as the principal backer of the new outfit.

Yamaha factory team boss Lin Jarvis revealed that Morbidelli will be on a 2019-spec M1 bike similar to that used by mentor Valentino Rossi and Maverick Vinales in the works team.

“Basically, we made available two different types of specification of bikes, we call it A and B,” said Jarvis. “We will provide one A-spec and one B-spec bike for next year.

“Obviously the A-spec bike will be used by Franky, who has more experience in the class.

“I think, frankly the Yamaha satellite bikes have always been very competitive, the A-spec bike will be even closer to the same sort of bike that we are using in the factory team.”

The strategy marks a significant departure from its arrangement with previous customer Tech 3, which has traditionally used year-old bikes that do not receive any upgrades in the year.

Jarvis added: "I think that the choice of the A-spec bike for Franky gives him a optimum chance to run at the front of the game. So let’s see if he can do that.

"I think with the Yamaha bike, although sometimes it may not be at its ultimate competitiveness, because as everyone knows we’re struggling a bit this year, nevertheless it’s an easy bike for a rookie to ride, it’s an easy bike to get along with. And I think Franky will do very well on that bike."

Jarvis went on to explain that Quartararo will use a 2018 bike of the exact specification used by Rossi and Vinales used in this year’s season finale at Valencia.

“For Fabio, to have the B-spec bike is the right bike, because Fabio doesn’t need all the latest developments and technology right now,” said Jarvis. “He needs to run a good season to learn and to make progress himself.

“The spec will be basically the same as the factory spec at the end of this year. All of the components are new, but the spec level will be fixed in the last race of the season, and that will be the bike we run through the year.”

For his first season in MotoGP, Quartararo will be engineered by Diego Gubellini, who currently works with Morbidelli at Marc VDS – which is set to exit MotoGP after 2019.

Morbidelli meanwhile will be paired with Jorge Lorenzo’s former crew chief Ramon Forcada, who is being replaced as Maverick Vinales’ chief mechanic at Yamaha by Esteban Garcia in 2019.

Silverstone MotoGP qualifying - as it happened 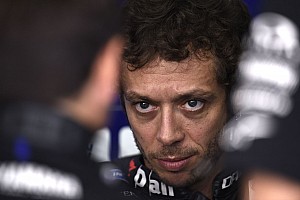