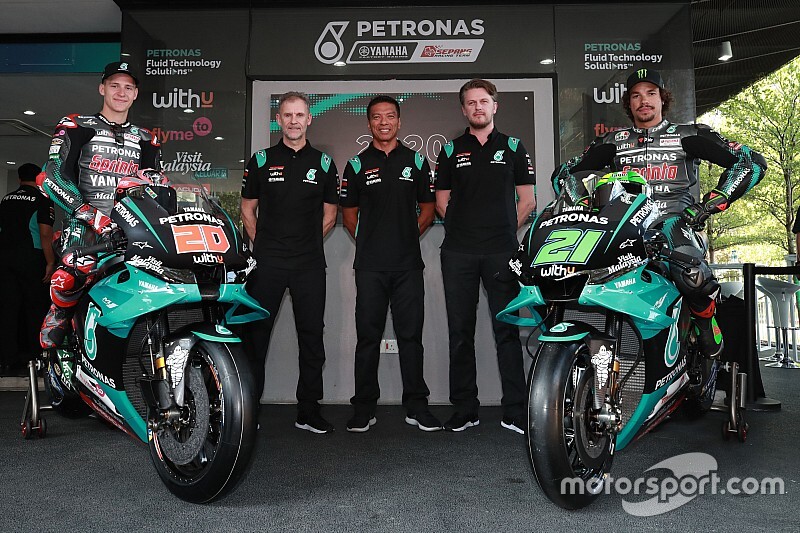 The factory Yamaha team has become the latest MotoGP squad to reveal the colours it will race in the 2020 season at its official launch event in Malaysia.

Yamaha stole the headlines last week when it firmed up its line up for the two years beyond 2020, with Maverick Vinales staying put, while Fabio Quartararo sensationally replaces nine-times grand prix world champion Valentino Rossi.

A day before the first test of the year begins, Yamaha unwrapped a largely unchanged livery for its 2020 YZR-M1, representing the title sponsorship with energy drinks giant Monster Energy which began last year.

Yamaha gave its test roster a boost last month when it announced it had signed its triple world champion Jorge Lorenzo in the role, with the Spaniard returning to the M1 at the start of the week during the shakedown.

Lorenzo was present at the unveiling of the bike in the Sepang pit garage alongside Vinales and Rossi, the latter heading into eighth and final season of his second stint as a factory Yamaha MotoGP rider.

The satellite Petronas-backed SRT Yamaha team has likewise showcased a largely unchanged colour scheme for what will be its second season in the premier class.

Its rider roster is unchanged from 2019, with the factory team-bound Quartararo again joined by Franco Morbidelli. 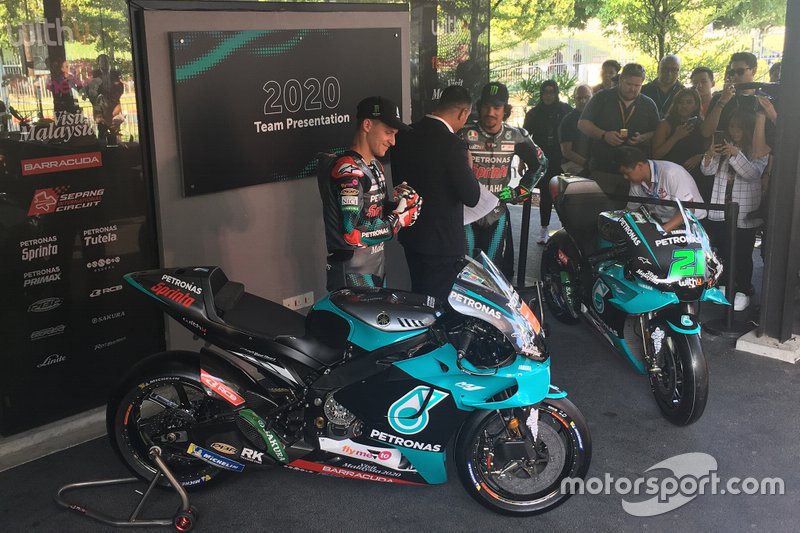