Yamaha MotoGP team principal Lin Jarvis says 2020 runner-up Franco Morbidelli deserves a factory-spec M1, but it simply wasn’t possible to give him one for 2021. 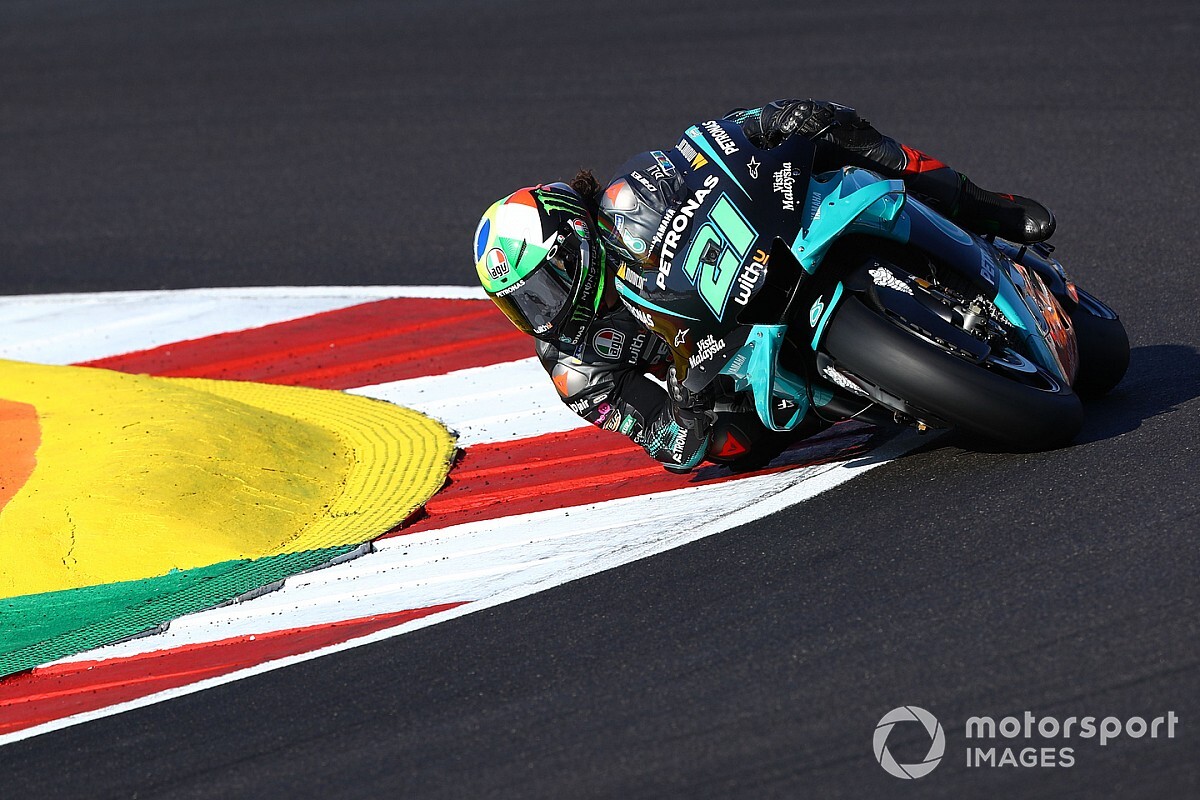 Morbidelli is the only one of Yamaha’s four riders in 2021 not to have factory-supported current-spec machinery, with the Italian remaining on the lesser ‘A-spec’ M1.

This is despite scoring three of Yamaha’s seven grand prix victories last year and finishing the campaign as its top rider, 13 points from the title in second and four places clear of Maverick Vinales on the first of the 2020 M1s.

Speaking at Yamaha’s factory team launch event on Monday, Jarvis explained why Morbidelli wasn’t given a works bike for this year despite his success.

“A real factory bike frankly is a lot more expensive than an A-spec bike. There are timing issues of when you have to place the order for the materials.

“We had the COVID issues, COVID has put a lot of pressure on sponsors, on Yamaha, on companies. So, we’re not in the most favourable economic times ever.

"The decision on the spec of the bike for Franky was taken in the middle of last year. It’s not something that could have been changed in October or November.

“Does Franky deserve to have top spec? Yes. Is it possible? Unfortunately, the answer is no.

“But as you’ve seen last year, the spec of the ‘A-spec’ bike is very similar and very performant. And coming into this year the engines are frozen.

“So, you can imagine that bike will be equally performant in this next year as well. I don’t think Franky will have any disadvantage.”

Morbidelli’s bike is essentially a 2019 M1, which the likes of Vinales and Fabio Quartararo agreed last year was a better bike than the 2020 model.

With Morbidelli’s results proving to be more consistent, Yamaha team director Massimo Meregalli admits this year’s factory bike will be closer in spec to the SRT rider’s.

“We suffered with a lack of grip, or in some occasions it was very difficult to adapt the set-up of our bike in all the circuits,” Meregalli said. “Already this aspect is an area where we are working, we are very focused to try to make a better-balanced bike.

“For sure, last year we could – especially in Japan – they could understand the weak points of the factory bike and the stronger points of Franky’s bike.

“So, this is a match that in Japan they are really working on.”

Morbidelli: ‘A-spec’ Yamaha not an advantage in 2021