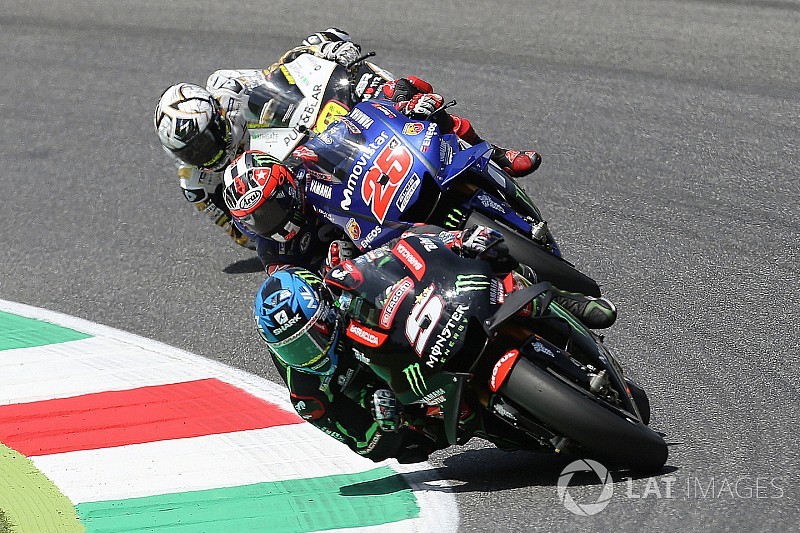 Tech 3 Yamaha rider Johann Zarco has put his struggles in MotoGP’s Italian Grand Prix down to a lack of rear grip and the poor feeling this gave him.

Despite crashing out of his home race at Le Mans last time out, Zarco had sat third in the championship coming into last weekend’s Mugello round, having scored second-place finishes at Termas de Rio Honda and Jerez.

However, the Frenchman suffered his least competitive outing of the season so far in Italy, qualifying ninth and finishing in 10th place, his worst finish since last year’s Misano race.

Reflecting on a tough weekend, Zarco said he had hoped to make progress in the early laps but was soon forced to turn his attention to simply ensuring he made it to the end of the race.

“We didn’t find a better solution to find a better feeling and control well the bike,” reflected Zarco, who finished 17 seconds adrift of the victorious Jorge Lorenzo.

“On Friday, the start was difficult, and we went in a good way I thought, then on Saturday we didn’t find the problem and we have been lost a bit.

“For the race, I expected to have the possibility to stay with the group. They were not far [ahead] at the beginning and a few laps after I was thinking, ‘ok, you will find the pace and you will catch them’.

“Finally it became worse and worse, and then I was tired, and when you have to force the bike, everything becomes worse. So, it was necessary to finish.

“[I want to] forget this bad weekend, not stay on this bad feeling I’ve got. What I lived this weekend is not [a reflection] of what we can do this season.”

Asked to explain the issue in more detail, he said: “The worst thing has been the rear grip. When you don’t have control of the rear, you cannot turn and the bike becomes unstable.

Zarco, who has now slumped to fifth in the points standings, added that his problems may have been related to the unique demands of the Mugello track.

He said he took encouragement from the fact championship leader Marc Marquez also struggled, with the Honda rider crashing and failing to score.

“It’s possible [that I’m] not understanding the track, or my set-up with the bike [is] not adapting to the track,” admitted Zarco.

“But even Marc, [who] is the best rider having the best average for the 19 races all season, usually here he has a bad race.

“If I can maybe compare myself to him, when I’m bad here, I can have better performance at most of the tracks.”