Cal Crutchlow reckons that Johann Zarco would have struggled just as much, if not more, with Honda, should he have joined the Japanese manufacturer last year instead of KTM. 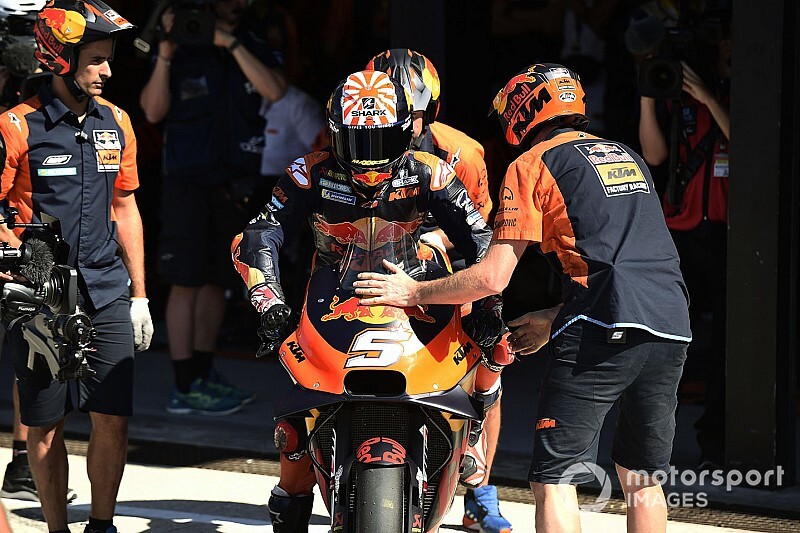 Zarco was heavily linked with a move to Honda early last year, but he ended up joining KTM instead - a move that turned out to be disastrous as he decided to leave after a single year and was then forced by the team to skip the last six races of 2019.

But Crutchlow, who has repeatedly criticised this year's RC213V for not being rider-friendly, reckons that Zarco would have had a similarly difficult year with Honda.

"If he thinks the Honda is any easier than the KTM than he needs to think again, if that was his other option at the time," said Crutchlow. "[He would have struggled] exactly the same, if not worse.

"He is a smooth rider and if he would have stayed there [Yamaha] he would have probably been in the same speed as what Quartararo is now. That's his riding style, he understands the bike."

Crutchlow sympathised with the Frenchman and reckoned that he has a "different personality" to most riders and that made it difficult to cope with his situation.

"At the end of the day, I do feel sorry for him, he is a fantastic rider, a world champion and you don't click your fingers and turn that off.

"I think his personality is a lot different to not every else's, but it is different and maybe he didn't deal the situation as well as what other may or may not have been able to.

"It is a shame to see him at home because although he chose not to ride next year, or they chose for him, we saw in Misano, it was his best race weekend of the year."

Dovizioso, who has made the transition from Honda to Yamaha machinery and then to Ducati throughout his MotoGP career, said that it is "normal" to see riders having difficulties changing bikes, but Zarco struggled an "unusual" amount.

"Every time the story is different so I can't know exactly the details from KTM and especially the switch from Yamaha to KTM is huge," said Dovizioso. "Is normal, this can happen.

"Is quite unusual and strange to see that struggle, too much, and he was not able to improve the situation, that is the negative thing. For sure there is a reason.

"I think Zarco is a big talent, he showed last year with Yamaha, he rode in a completely different way than the factory riders and sometimes was a bit faster.

"When the feeling is going down, is difficult to come back."