Zarco "was like a rookie" on first day with Honda 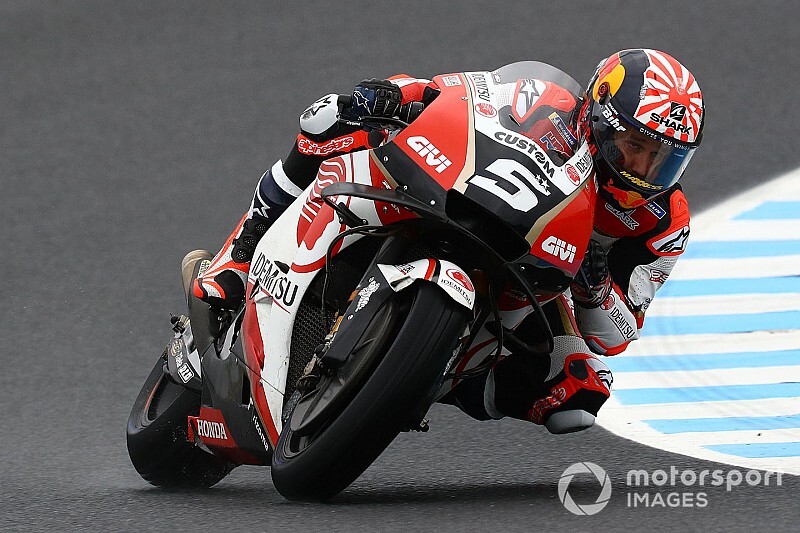 Johann Zarco admitted he "was like a rookie" in FP1 at Phillip Island, his first MotoGP session on a Honda, but then had "huge improvements" in the dry FP2.

Zarco's collaboration with the LCR Honda team started with a wet FP1 session, where the Frenchman was able to take 13th.

He said that he didn't take any risks in the session and it was also difficult to comment on the bike in those conditions.

"On the wet was really difficult to give comments, I was like a rookie to restart at 300 kphs," he said.

"Was quite okay because I was very careful, I was in the middle of the classification so this was not bad.

"It was very cold, was a little bit scary but even being scared I was not super slow so this was positive."

In the afternoon, Zarco dropped down to 15th and he admitted that it was tough in the beginning, but then he made "huge improvements" by the time the session ended.

"In the afternoon I got a difficult start and then I understood step by step that there is possibility, but I need to find the confidence.

"From the first till the last one I got huge improvement, it means there are things possible to do, just need to get used to this new limit."

While the Frenchman did not want to compare the Honda to his previous KTM bike, Zarco felt that the RC213V, which is notorious for being one of the toughest machines on the grid, could also work with a different, not so physical riding style.

He also reckons that his first day on the bike was a confirmation that at least top 10s should be possible with the Honda.

"It depends on how you ride. I am not the kind of rider to ride physical, but I think it is possible to manage it just with the confidence, you will save the body.

"It is a confirmation because I do not feel very well because I am missing confidence, and even like this I am not so far from this top 10.

"It will not come immediately but step by step, but the more confidence will come, the easier the work will be."

Quartararo “lucky” not to break anything in FP1 crash