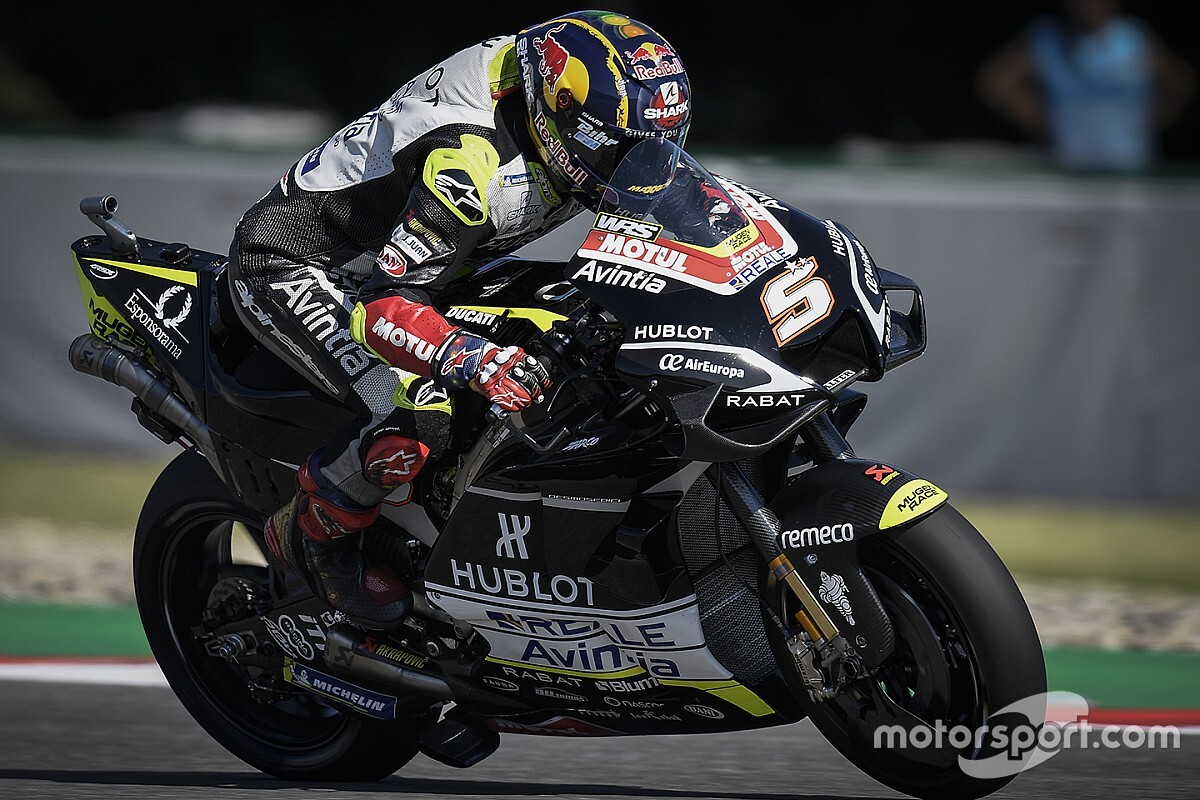 Johann Zarco says his MotoGP Czech Grand Prix pole position was “a bigger step than we planned” as he continues to adapt to the Avintia Ducati.

Zarco took a shock MotoGP pole for the first time in two years on the year-old GP19 Ducati by over three tenths in qualifying at Brno, having failed to get out of Q1 at the Jerez races last month.

The Frenchman has had a troubled path to his Czech GP pole, following his miserable half-season with KTM – the high point of which was a third-place on the grid in a wet Brno qualifying last year.

Signed to Ducati to race for Avintia in the winter – having initially rejected the offer – Zarco missed the two-post season tests, so had only six days on the Ducati in February before the season was delayed by coronavirus.

But he believes now “things are coming” back to him.

“Race pace is better than the previous races, but still not the one for winning I think,” he said. “Instead tomorrow our condition will be anyway different.

“With this pole position of today, I can have an advantage at the beginning of the race.  I need to wait and see tomorrow.

"But staying as long as possible to fight for the podium, this - why not - can be a great option. But even staying strong in the top five [will be good].

"As I say the step I am now in my learning journey, being in the top five will be a huge result. So, things are coming back, but I need to accept every step. Today is a bigger step than what we planned, so we take it, it’s always a positive.

“But tomorrow maybe beginning of the race, starting with the top guys, will be a huge help to be fast and then the tyre will drop and we’ll see how to manage it.”

The Avintia rider was top Ducati runner at the end of Friday, and again in third practice, but was surprised to carry that pace forward into a qualifying where the top two Ducatis in the standings – Andrea Dovizioso and Jack Miller – were 18th and 14th respectively.

“I crossed the line, I saw P1 from my team, they were happy,” Zarco added.

“But I was still thinking in my mind, I knew some of the guys will improve and with no screens all around the track [to see what’s happening] you really want the smile, but in the other way you say ‘just be happy for the time because not sure about the pole position’.

“But then when I went to the parc ferme I was there for the place #1, that was so good.

“[I’m] Just happy, because as I say, it’s a surprise for me, for us because I’m growing up and improving every lap on this bike, to control better the Ducati that has a very high potential to perform.

“But it’s still not easy to do everything.  So, I would say the step I am in my learning journey, being in pole is better than I can expect.”