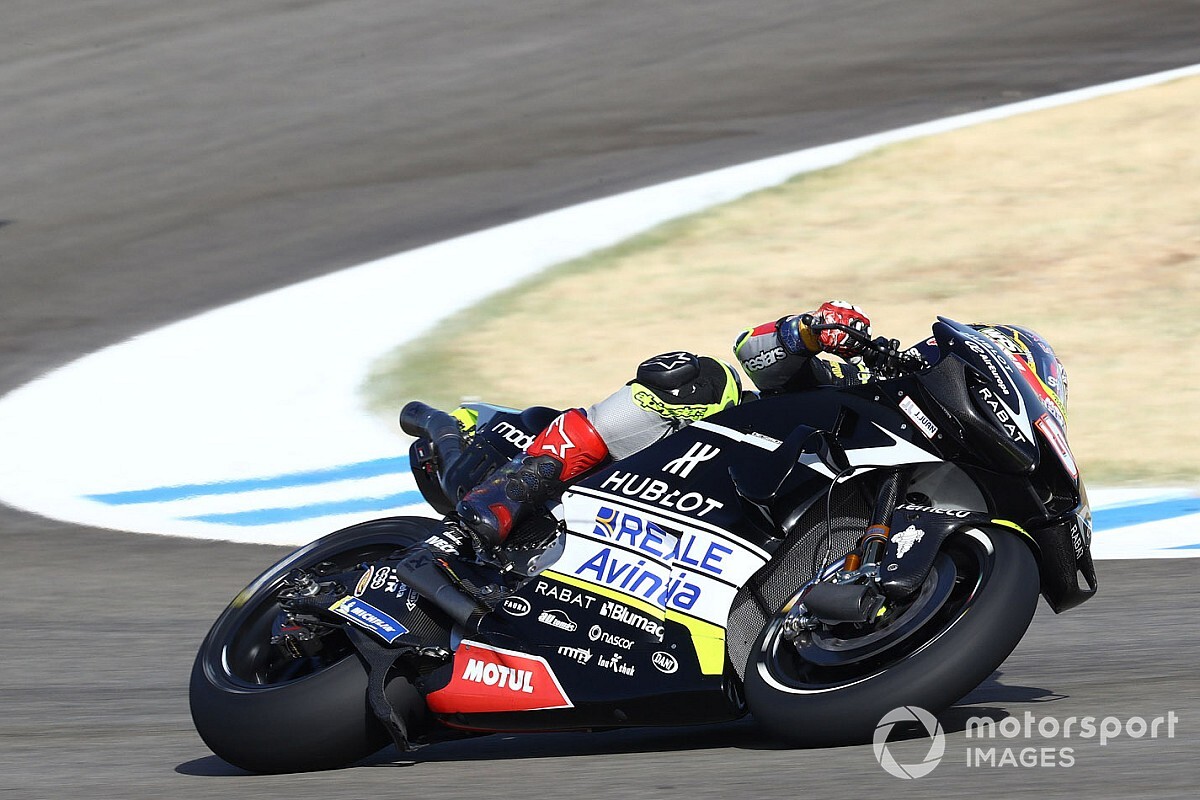 Avintia MotoGP rider Johann Zarco says he is beginning to ride “like Ducati style” on his year-old GP19 after a strong Friday practice for the Spanish Grand Prix.

Initially struggling on the GP19 in winter testing, Zarco ended FP2 at Jerez as top Ducati runner in eighth and was under 0.020 seconds outside of a provisional Q2 place in 11th in the morning session.

Zarco says the team tried several things which “always gave me a better feeling” at Jerez, and also feels like Ducati is now able to adapt the bike better to his feedback. This is allowing him to ride the Ducati more naturally, but admits his inputs on the bike aren’t yet fully “automatic”.

“We did a few things on the bike that always gave me a better feeling, I'm able to ride the bike better, to do like Ducati style,” he said on Friday at Jerez.  “Plus, Ducati is coming to me and is able to adapt the bike to fix small things on the suspension.

“And this all combined, I'm able to have some good laptimes, and in the afternoon to have a few laps in 1m38s, high 1m38.7s, this was positive because it's a good sign as we can see that not everyone can do it.

“So that's positive. But what is missing now is that to make 10 laps in a row or 20 laps in a row, why it’s difficult for me at the moment is because what I'm doing on the bike is still not automatic.

“It's necessary still to think and to push myself because there are some new limits that I need to learn. And I'm pushing myself always to the maximum to, to catch back this time and get the high pace like the others.

“But I'm in a good way, because every time I improve, the bike answers really well and say 'don't worry, it’s safe, you can push’, and I love this kind of feeling.”

Zarco also says his more comfortable feeling on the Ducati is down to knowing he is riding a race-winning package (the GP19 won three races last season), and this is helping him to push more on the bike.

"First of all, knowing the bike is competitive and it's a winning bike, this helps me to push myself even more,” he added. “And knowing the really precise points I can improve myself.

“So that's already a big step to go faster. And the good thing is also when I'm doing something that I'm not used to, and this is working well, this help a lot to give confidence.

“But, I'm doing it and it's helping me also to give the information to Ducati that I remember from my other bikes; it can be the Yamaha, even the experience on the KTM or on the Honda, that helps me to tell them if the direction I have to go on the Ducati is in anyway good.”