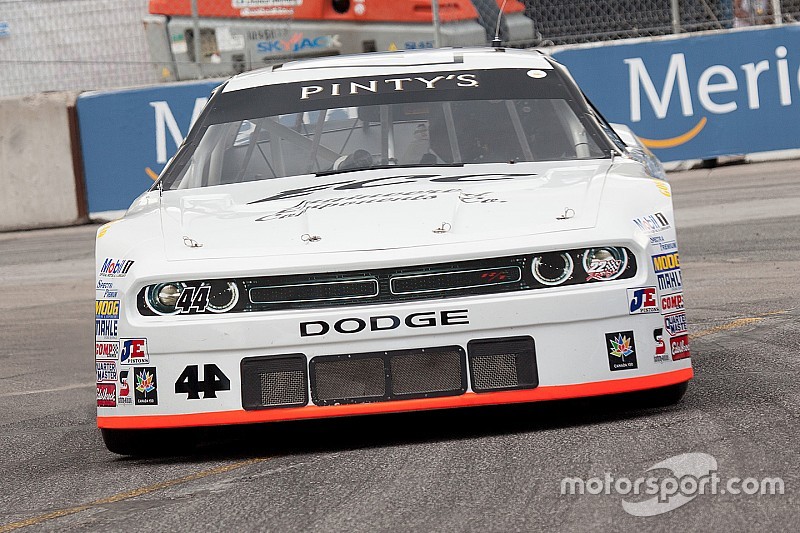 Adam Andretti will be back in the NASCAR Pinty’s Series in two weeks as the Canadian championship stages a race at Canadian Tire Motorsport Park near Toronto.

Adam is a member of the famous Andretti family. His father is Aldo (Mario’s brother) and John is his brother. After having started his career on short ovals, Adam Andretti turned to road racing, competing in SKUSA karting, the Grand-Am series, American Formula 3 and the SPEED World Challenge. He’s currently racing in the Trans Am Series in the TA2 class.

He contested his first NASCAR Pinty’s Series race on the streets of Toronto in July as part of the IndyCar meeting. On a street track unknown to him, he put on a spectacular show coming from the back of the field twice to finish on the podium in third place.

He will return to action on Labour Day weekend at Canadian Tire Motorsport Park, a road course he knows well from his Trans-Am experiences. Andretti will be driving the No. 44 Dodge prepared by Scott Steckly's 22 Racing.

The Total 200 from Canadian Tire Motorsport Park will take place on September 1st and 2nd in conjunction with the NASCAR Camping World Truck Series.

“I am so pumped to be back at Canadian Tire Motorsport Park," said Adam Andretti. "I have not been back since the 2015 Trans Am season. Ever since the checkered flag fell at the Pinty’s Toronto Grand Prix I have been chomping at the bit to get back behind the wheel of the 22 Racing Engineered Components/Anchor Bolt & Screw No. 44.

“I can’t think of a better place than CTMP to get my second NASCAR Pinty’s Series start. This place is very special to our family, it even has a straightaway named for my Uncle Mario and is also the site of my father Aldo’s last race in 1984. One thing I do know for sure is there is going to be very tough competition out there.”