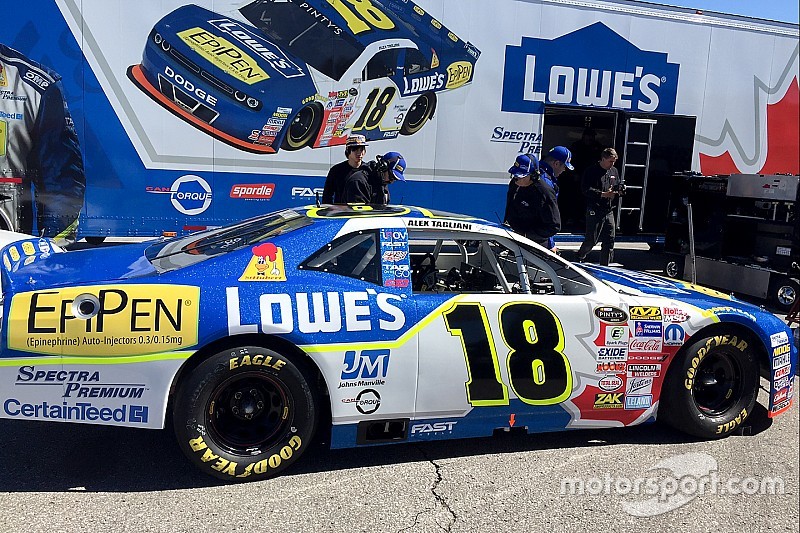 Quebec drivers Kevin Lacroix and Alex Labbe join Tagliani in a sweep of top-three positions in the only practice session for Can-Am 200.

One thing Alex Tagliani wanted to do this year when he decided to concentrate on running for the NASCAR Pinty's Series championship was to be fast at every event. He's off to a pretty good start for the season opener.

Tagliani, who wrecked his car in a preseason test at Canadian Tire Motorsport Park two weeks ago, paced the field with a quick lap of 1:23.315 seconds (106.252 mph) in the only practice for the Can-Am 200 Saturday.

Labbe, who announced Saturday morning that he'll start his second NASCAR Pinty's Series race of the season next week at Charlotte Motor Speedway, followed with a time of 123.525.

Gary Klutt won the opener at CTMP in 2015 and finished fourth in practice with Anthony Simone completing the top five.

There were no major incidents during practice with the session red flagged for track clean up when Charles Harvey dropped oil early in the session. Robin Buck went for a spin and Larry Jackson's car stalled on the course brought out the only other two yellow flags.