Canadian drivers to compete in 2017 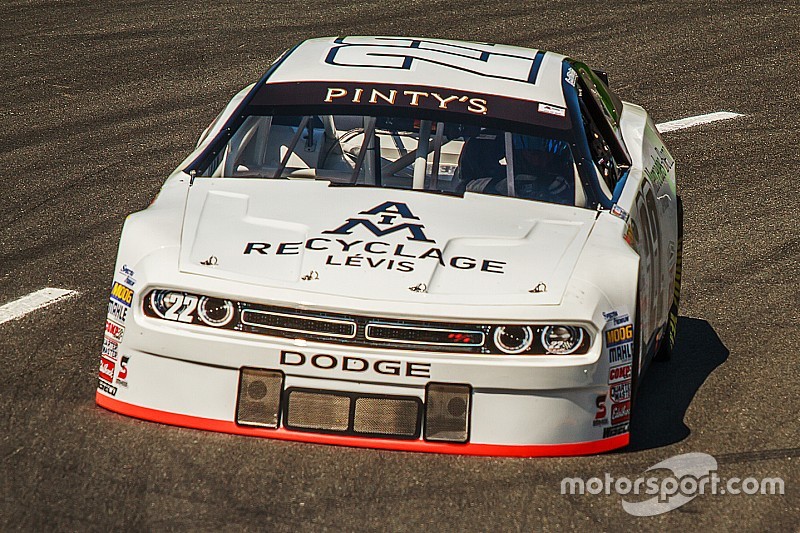 While the season is still over two months away from starting there has been some big news recently in the NASCAR Pinty’s Series.

Fresh off of Alex Tagliani’s announcement last Saturday at Canada’s largest motorsports and automotive trade show – Motorama –of a new partnership with Lowe's Canada, two more drivers have announced intentions to compete in 2017.

Veteran Donald Theetge will drive in eight oval-track races with a road course driver to be named later as his team – 22 Racing – owned by four-time series champion Scott Steckly, will compete for the owner’s championship.

Theetge drove for Steckly on two occasions last season highlighted by winning the pole for the season finale at Kawartha Speedway. The Boischatel, Quebec native became the second-oldest driver in the history of the series (49 years old) to start from the pole in the only NASCAR-sanctioned series in Canada.

“Donald is not new to stock car racing in Canada. He is a champion and a fierce competitor and we are thrilled to have him drive cars out of our 22 Racing stable,” said Steckly.  “Donald brings a lot to our program and we look forward to adding more wins to our team resume with him.”

“Scott Steckly and his team are professional and have a lot of experience in this domain,” said Theetge. “With his cousin and crew chief, Randy Steckly, they won 4 championships in 8 years and it’s an honor for me to race with them.”

Gauthier to drive for Avion Motorsport

Also slated to compete will be Carl Gauthier who has previously raced on road courses in his native country.

As first reported by the Daily Observer, Gauthier will drive for Avion Motorsport in both road-course races at Canadian Tire Motorsport Park in May and September.

The Ontario native has worked over the offseason to raise the estimated $40,000 it will take to compete in both races raising almost half of his needed goal so far with the help of sponsors and friends.

The 2017 season for the NASCAR Pinty’s Series gets underway in Bowmanville, Ontario at CTMP on May 21. The 13-race season will compete at facilities from Antigonish, Nova Scotia in the east to Edmonton, Alberta in the west.

Cayden Lapcevich is the defending series champion and fans can catch every race televised on TSN and RDS in Quebec.