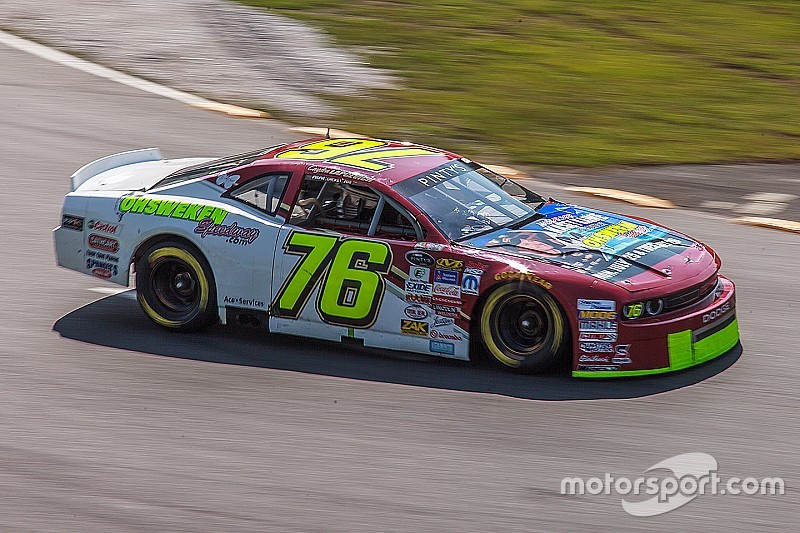 Defending NASCAR Pinty's Series champion Cayden Lapcevich held off Alex Labbé to pick up the win and a little revenge at Autodrome Chaudière in Vallée-Jonction, Québec on Sunday.

Lapcevich first took the lead on Lap 248 of 310 and went on to hold off Labbé on a green-white-checkered finish for his first victory as defending series champion.

Just like last year’s race, Lapcevich and Labbé exchanged the lead late in the race with Labbé passing for the top spot on Lap 263 as he was going for his second consecutive series win and second in a row at his home track.

Lapcevich came back and moved beside Labbé one lap later and after the pair touched on Lap 266, the NASCAR Next driver was able to complete the pass on Lap 269.

Labbé caught Lapcevich again on Lap 285 but was unable to make the pass with 15 laps to go in the race.

Lapcevich was pulling away from the field when Andrew Ranger spun off the track to bring out the final caution of the race and set up overtime.

Lapcevich was able to hold off Labbé on the final restart and score his fourth career Pinty’s Series win.

With his runner-up finish in the race, Labbé took over the points lead by two points over Lacroix (129-127) with Lapcevich now in third place after his win on Sunday.