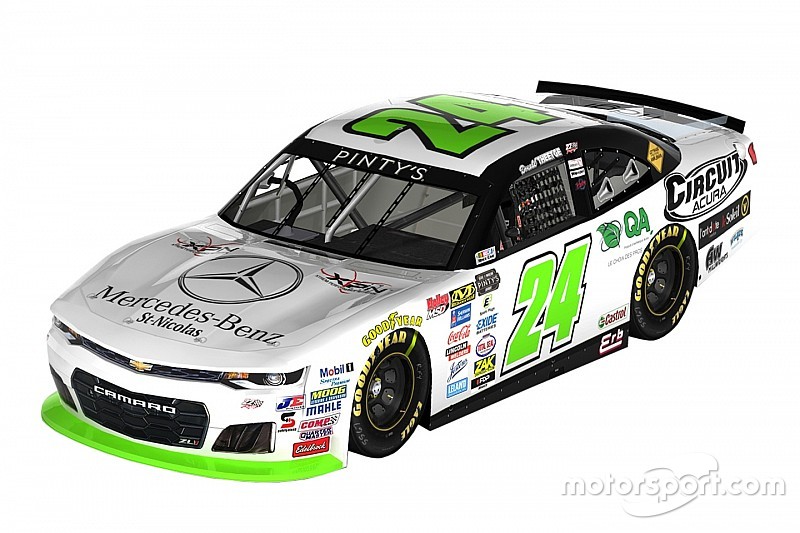 Veteran racer Donald Theetge decides to race full-time after previously announcing plans to compete only on ovals with 22 Racing in 2018.

After enjoying his best season to date in 2017 with 22 Racing in the NASCAR Pinty’s Series, Donald Theetge has decided to take his commitment to the series one step further.

After previously announcing a return to the oval tracks in 2018, Theetge has now announced he’ll compete in all 13 events on the schedule this year with the Scott Steckly-owned team.

The change for the Boischatel, Québec native is added support from sponsors Mercedes-Benz St-Nicolas and Circuit Acura.

“I can’t tell you how happy we are to have Donald racing for us in all 13 events this year,” said Steckly.  “He is a great competitor and very methodical in his approach and should be a force to be reckoned with in all of the events.

“I fully expect he will be in the hunt for the 2018 NASCAR Pinty’s Series Championship when the final checkered flag falls in September.”

Last year, Theetge came close to scoring a pair of wins en route to adding five top-five finishes to his NASCAR Pinty’s Series resume highlighted by a season-best finish of second in three of his final four races of the campaign.

In addition to competing full-time this season, Theetge looks forward to a return to New Hampshire Motor Speedway as the NASCAR Pinty’s Series makes its debut in the United States at the track in September.

Theetge will be one of the few drivers to compete with on-track experience there having raced there in the ACT series three times over his career – most recently in 2016.

“I am so thrilled to get to race in all 13 races this year with Scott and his team,” said Theetge. “I know I can win in this series with the great equipment 22 Racing gives me and I want to prove it after last year.

“I owe a huge thank you to my business partner and brother Benoit as well as sponsors Mercedes-Benz St. Nicolas and Circuit Acura. Without them I would not have the chance to fulfil this dream of mine.”

The 2018 NASCAR Pinty’s Series season kicks off at Canadian Tire Motorsport Park with the Castrol presents the Victoria Day Speedfest weekend on May 19 and 20.