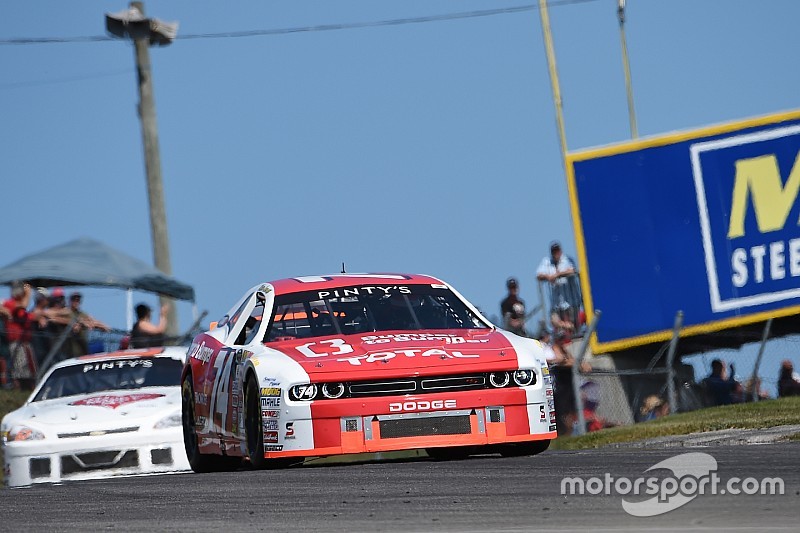 The 2017 season for the NASCAR Pinty's Series is underway and Kevin Lacroix is feeling pretty confident after qualifying for Sunday's Can-Am 200 at Canadian Tire Motorsport Park.

"Before qualifying, I felt so so with the car, but we tried one thing on the car and it looked like it worked and the car was good and I was very happy to get in two good laps," said Lacroix. "We're very confident for the race tomorrow. I don't know if we'll race in the rain or if it will be dry but I'm confident in the car either way."

Lacroix won last fall at CTMP in the most recent race for the Pinty's Series and said the track hasn't changed but conditions vary in the spring from the fall on the 2.459-mile course.

"The track is always the same, but the first race of the year with the last one is always a little bit different," Lacroix added. "When we run with the trucks we both run Goodyears and the tire compound works better for us than when we run the season opener and the other divisions race with Pirellis, Michelins and other tires so our times are a little slower."