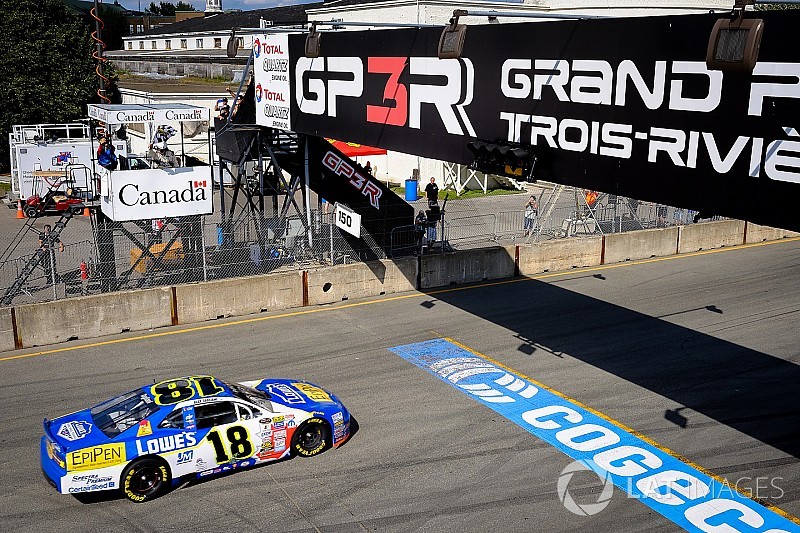 Although he already reached success as an owner-driver in the NASCAR Pinty’s Series, Scott Steckly still wants to win races – as many as he can.

For the fifth consecutive season he’ll join forces with Quebec driver Alex Tagliani and field the No. 18 EpiPen/Lowes Canada Chevrolet and will also welcome back Donald Theetge who’ll compete on oval tracks next year.

“I’m very excited to be back with 22 Racing next year,” said Tagliani. “It will be five years together as a team, so it is like a big family now and I enjoy working with the crew as they have become my friends. They are a reflection of Scott who is a great guy and a fantastic team owner and we have done a lot together.

“We have managed to break a track record in NASCAR by lapping the entire field on an oval track and we finally won GP3R together with Tyler Case as my crew chief, something he wanted to do for a long time as well.”

For Steckly, who also scored 19 wins during his nine-year driving career, providing championship caliber cars and winning races means a lot to him.

“It’s very important to me to get our cars in Victory Lane and I’m glad we were able to do that last year with Alex at GP3R,” Steckly said. “When I drove my cars I always wanted to make sure I had a car capable of winning races and I’ve always felt that way.”

While Theetge has yet to visit Victory Lane in 12 career starts, since joining forces with Steckly in 2016, his performance improved every time they paired up on the track.

“I’m very proud and happy I get to drive cars prepared by Scott,” said Theetge. “We almost won a couple of races last year because Scott and his team always give me a good car and offer a lot of advice for me and we’ll try and get a win next year.”