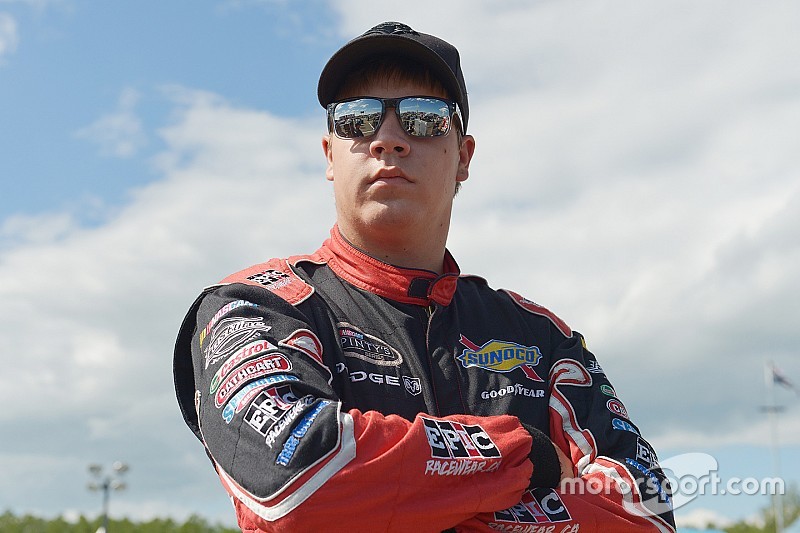 NASCAR Next driver and defending NASCAR Pinty's Series champion has been selected for recognition by Canadian Motorsport Hall of Fame.

Although he won't repeat as champion in 2017, defending series champion Cayden Lapcevich has reason to celebrate again in the postseason.

The Canadian Motorsport Hall of Fame has selected the NASCAR Next driver to receive the 2017 Rising Star Award for his accomplishments in motorsports at a young age.

Lapcevich, who won the 2016 NASCAR Pinty's Series championship and has scored a pair of wins this season, will be recognized during induction ceremonies in Toronto on October, 14 at the Glenn GOULD Theater.