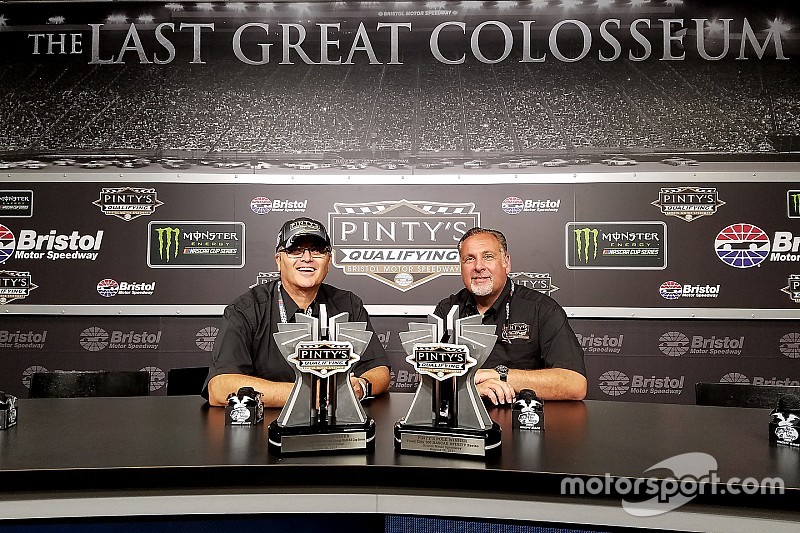 Sports partnerships are nothing new for the Burlington, Ontario, Canada-based Pinty’s Delicious Foods. The company has been a part of NASCAR’s only sanctioned series in Canada for the past five years and has served as primary sponsor of the NASCAR Pinty’s Series for the past two seasons.

The NASCAR partnership has been so successful for the company that when plans were being developed to enter the marketplace in the United States for the first time, continuing its relationship in the sport only made sense according to company vice president Tony Spiteri.

Earlier this year Pinty's announced it has entered into a partnership to be the entitlement partner of Monster Energy NASCAR Cup Series and XFINITY Series qualifying Pole Awards for the August NASCAR event weekend at Bristol.  The agreement also allows Pinty’s food products to be available at concession stands on the concourse.

While Pinty’s is still committed to its relationship with the NASCAR Pinty’s Series, Spiteri adds the opportunity to continue working in the sport was an easy decision for his company.

“We’ve enjoyed tremendous success with our NASCAR partnership in Canada and the NASCAR Pinty’s Series,” said Spiteri. “When Pinty’s Delicious Foods decided to look into entering the U.S. market we knew we wanted to continue to use NASCAR racing to help us market our company and products.

“We met with Food City and Bristol Motor Speedway and they’ve been great to work with and understand what we’re trying to accomplish as a company.”

While the announcement might have raised some eyebrows in the world of Canadian motorsports, Spiteri added this venture into the U.S. will only enhance his relationship with the Canadian-based series.

“We are fully committed to helping grow the NASCAR Pinty’s Series into the best racing series in Canada,” he added. “Our ability to grow our brand in the U.S. will only enhance our ability to be more involved in NASCAR racing moving forward.”

The benefits and opportunities to market his products to the NASCAR fans and community is something Pinty’s plans on incorporating into its U.S. marketing efforts.

“Our relationship with Bristol Motor Speedway and Food City is part of our strategic marketing plans in the U.S. and based on our success at BMS and Food City stores located throughout the region, this could be the first of several partnerships for Pinty’s in the U.S.,” said Spiteri. “NASCAR fans love our products and we feel this is a great opportunity for our company.”