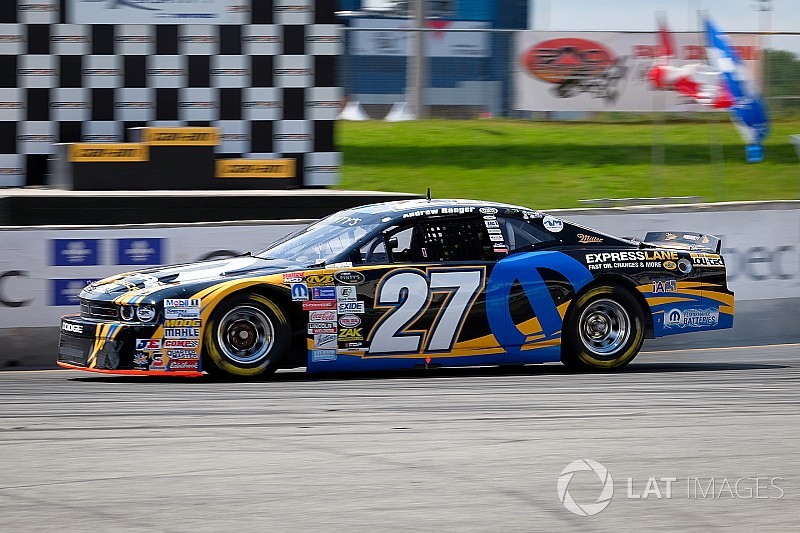 After missing the most recent NASCAR Pinty's Series race due to falling ill during practice at Edmonton International Raceway two weeks ago, Andrew Ranger made sure everyone knew he was back Saturday afternoon at GP3R.

Ranger won his fourth career pole award for the prestigious event with a fast time of 1:06.958 nearly breaking the track record for the series.

Alex Tagliani, who was fastest in the morning practice session, setting a quick time of 1:07.742 around the 1.53-mile temporary street course, finished second in qualifying just .043 seconds behind Ranger with Marc-Antoine Camirand third.

Two-time defending race winner Kevin Lacroix was fourth with L.-P. Dumoulin, who was second quickest in practice, rounding out the top five.

The field was divided into three groups for qualifying.

After three group's went out to qualify, in the end, it was Ranger that was quick enough for pole position. The two-time NASCAR Canadian champion was the only driver to smash the 1 minute 07 second barrier.

Here are the complete qualifying results: