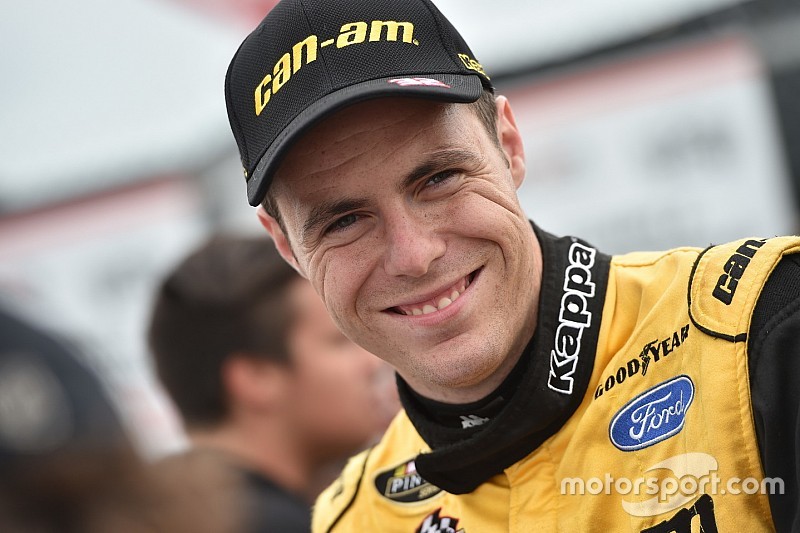 After scoring four wins in the six previous oval-track races held this season in the NASCAR Pinty’s Series, it was no surprise that Labbe won the race.

The surprise was how he won the Lucas Oil 250 Saturday at Autodrome St. Eustache.

Labbe took the lead on Lap 82 and remained out front the rest of the night lapping the entire field except for second-place finished Donald Theetge to score his fifth win of the season.

All five of his 2017 wins – and six in his NASCAR Pinty’s Series career – have come on oval tracks, but the Victoriaville, Quebec driver was quick to credit his team for his most recent win.

“We had a pretty dominant night and we did it with our backup car that tells you what kind of great team I have supporting me this year,” said Labbe. “Our primary oval-track car got damaged in the incident at Riverside and while we had it fixed in the hauler, we decided to use the back-up car for this race and it was awesome.”

Theetge was leading when Labbe made the pass on Lap 82 and never looked back in scoring his third consecutive oval-track win in the series this season.

“We wanted to make sure to take it easy and not take any chances during the first part of the race and we were taking it easy,” added Labbe. “The crew deserves all the credit as we had plenty of tires left late in the race because the car was that good while everyone else was sliding around the track with worn out tires.”

Labbe wanted to be conservative in the race, but the car was so good he was able to get to the lead without pushing the car too hard.

“I’m pretty sure this was the best car I’ve ever had in a Pinty’s Series race,” he added. “We were just riding around in second (place) and the car was so good, we were able to take the lead and lap every car but one and never push the car too much.”

The race was slowed by caution two times for 22 laps with one Red Flag given to the field for a multi-car incident between Brandon White, Adam Martin and Joey McColm on Lap 67.

Labbe padded six points to his lead over Lacroix to lead the St. Eustache native by 33 points (518-485) with the season finale in two weeks at Jukasa Motor Speedway on Sept. 23rd.