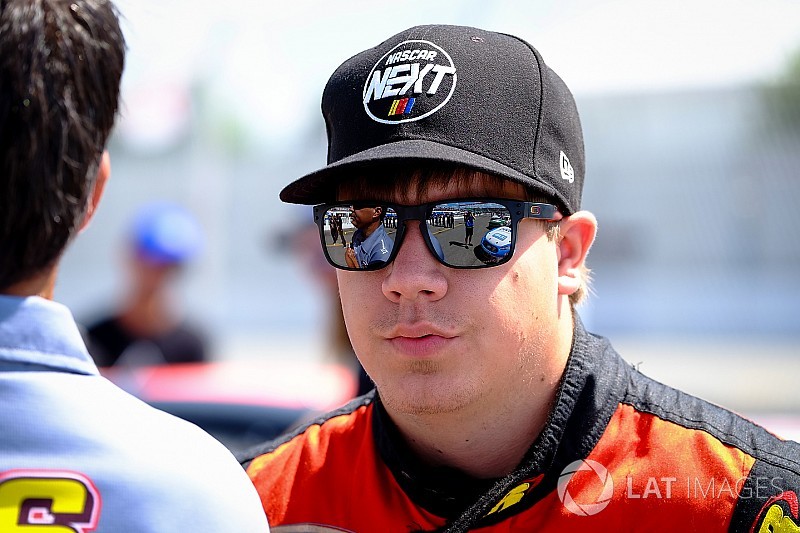 Each week Motorsport.com will feature a driver, crew member or car owner from NASCAR's only sanctioned touring series in Canada.

This week, Motorsport.com features defending NASCAR Pinty’s Series champion Cayden Lapcevich as he enjoys his last week as the youngest champion in the history of NASCAR’s Canadian racing series.

How long have you been racing and what was the first race you competed in and what kind of car did you drive?

I’ve been racing since 2004 when I was four and a half years old. I got my first quarter midget then and raced in the States and then moved up to the stock cars in Canada.

How long have you been competing in the NASCAR Pinty's Series?

I ran five or six races my first year in 2015 and this is my second full-time season in the series.

What made you decide to compete in the NPS?

My dad and uncle both raced in the series when it was CASCAR and then when NASCAR took the series over, my dad raced here. We already had all the equipment so it made perfect sense and the time was right for me to go racing (in the series).

What makes being a part of the NPS special to you?

I think the history of the series and a lot of people have come through it and it’s a good family atmosphere. My whole family works on my team like other teams such as DJ Kennington and his dad work together. It’s really cool to see everyone come together and make it work. I really enjoy being a part of this series with my family.

How have your fans responded to you being a part of NASCAR in Canada?

What or where is your favorite track on the schedule?

For a road course I have to say Canadian Tire Motorsport Park. I’ve had the most success there on a road course and it’s a cool track with the elevation changes and high speed corners there, too. For an oval track, I really like Saskatoon. I’ve always ran well there and got my first win there, too. It’s a track I’ve have good success there since day one and I just feel really comfortable there.

Do you have any hobbies outside of racing?

I used to play a lot of sports in high school - football, basketball, lacrosse, you know anything with contact. I also enjoy iRacing and I try to do that when I’m not busy working on the car or helping my dad.

If you weren't a race car driver, what do you think you would do instead of racing for a career?

I would probably be following my dad and grandpa’s footsteps of being an electrical contractor. I work with my dad over the summers helping and learning the trade.

Who has been the biggest influence in your life and/or racing career?

I would say it’s my dad, Jeff, and grandpa, Joe. Grandpa always helped me and I really enjoyed watching my dad race and win championships while I was growing up. I just always go out there and try and make them proud. They were always supportive and helpful and my grandpa was always smiling at the race track.

Tell me something about you that would surprise your fans?

I got a crazy addiction to sunflower seeds. I can go through a bag a day and usually go through seven a week. It’s like a smoker with cigarettes.