They're heading South: NASCAR Pinty's Series to race in US next year 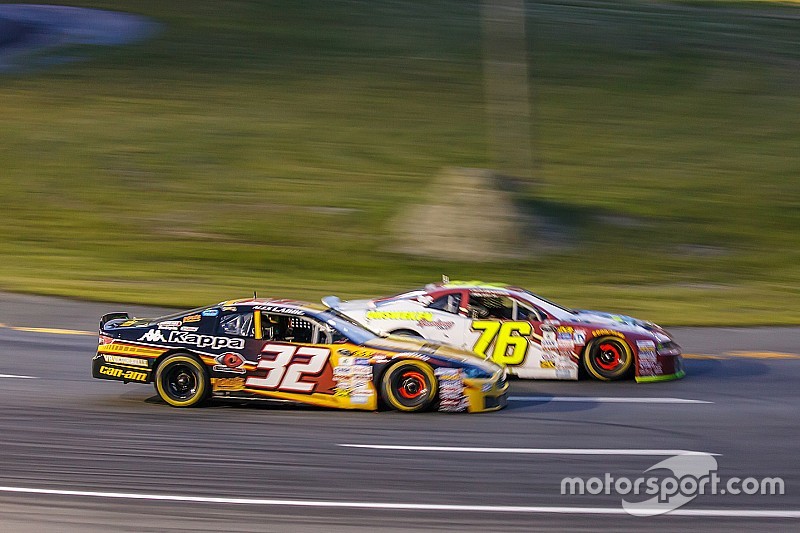 On Friday, NASCAR and the track announced at New Hampshire Motor Speedway that the event weekend will replace the current Cup date that moves to Richmond in the playoffs next season.

NASCAR Senior Vice President of Racing Operations Jim Cassidy and Executive Vice President and General Manager of New Hampshire Motor Speedway David McGrath were on hand to make the announcement at the speedway.

“I think having the NASCAR Pinty’s Series be part of this event is important,” said Cassidy. “There is a border between Canada and the United States but race fans in both countries share a love for stock car racing.”

The 1.058-mile speedway is set to host a three-race weekend that will feature the longest NASCAR Whelen Modified Tour race in its history — 250 laps — in addition to the K&N and Pinty’s Series events is tentatively scheduled for Sept. 21-22 of 2018.

The 2017 NASCAR Pinty’s Series will have its season finale this weekend at Jukasa Motor Speedway.

The NASCAR Whelen Modified Tour and NASCAR K&N Pro Series have raced at the facility numerous times however, but this will be the first time for the Canadian Series that currently competes throughout the country between Edmonton, Alberta and Antigonish, Nova Scotia as well as in Ontario and Quebec.

“NASCAR is very excited to partner with New Hampshire Motor Speedway on this tremendous event,” said George Silbermann, NASCAR vice president, regional and touring series. “This unique tripleheader will bring the best of NASCAR’s touring series to the New England fans in an unprecedented fashion.”

Alex Labbe: “This new race is a good move for NASCAR Pinty's Series”