Alex Tagliani looks to get back into win column in Toronto 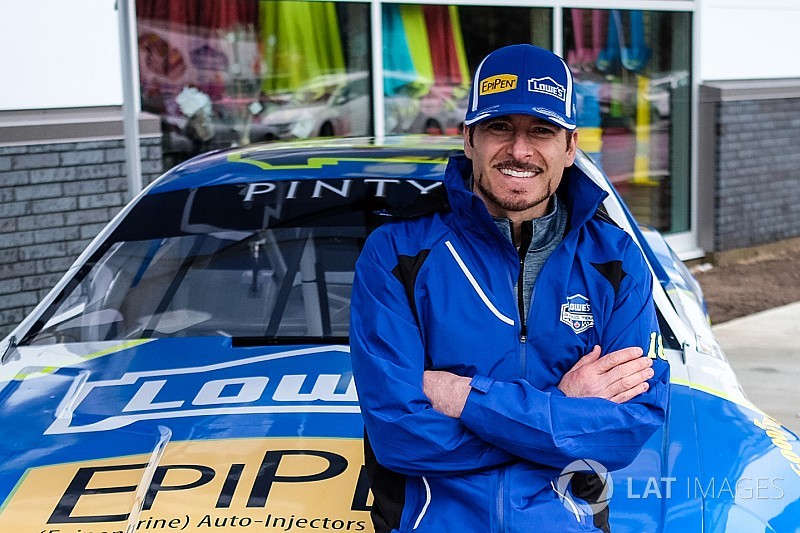 As the NASCAR Pinty’s Series returns to the street of Toronto for the fourth time there are several story lines that will be key to watch throughout the fifth event of the season for Canada’s only NASCAR-sanctioned touring series.

First, Alex Tagliani will try to become the second driver to win back-to-back Pinty’s Series races on the 2.82-kilometer (1.755-mile) 11-turn street course located the grounds that used to be called Exhibition Place near downtown Toronto.

Tagliani outlasted Andrew Ranger in an action-packed green-white-checkered finish last year to pick up his second of three wins in 2016.

The Lachenaie, Quebec native is winless so far this season, but is coming off of an impressive top-five showing at ICAR and has finished in the top seven in the past three races.

"We are excited to be back here in Toronto, a street course race we won last year," said Tagliani. "We are coming off a strong performance at Circuit ICAR were we qualified on the pole and led the first 61 laps in dominant fashion with a very fast car.”

Tagliani qualified on the front row and remained in the lead pack throughout last year’s race and took the lead and remained out front the rest of the way and picked up the win.

“On the eve of this important meet, we feel very confident of being just as quick (this week),” said Tagliani. “Our accomplishment last week gives us great motivation for the Toronto race. We hope to make it two in a row in Toronto. That's our goal. The Tagliani Autosport team spirit is very high, the chemistry is awesome and we are very excited about the upcoming race. Hopefully the good weather keeps up so we can all enjoy a great weekend."

Tagliani will have to beat some talented competition if he wants to celebrate again on Saturday afternoon.

Ranger, who finished second last year, won the first two NASCAR Pinty’s Series races in Toronto in 2010 and 2011, and we in contention last year. He started from the pole in the race last year and also during the inaugural season.

One of the hottest drivers in the series entering this weekend is points leader Kevin Lacroix.

The St. Eustache, Quebec native won the season opener at Canadian Tire Motorsport Park in addition to capturing the checkered flag last week at ICAR and leads Alex Labbé by five points in the championship standings.

Last year in Toronto, Lacroix passed Ranger in Toronto on the first lap of the race and led the first eight circuits before Ranger got back in front. Lacroix went on to finish third in his first start in Toronto.

Defending series champion and NASCAR Next driver Cayden Lapcevich joins Labbé as the only other driver to score a win so far this season taking the checkered flag at Autodrome Chaudière while Labbé won in the series return to Delaware Speedway.

Lapcevich became the youngest champion in the history of the NASCAR Pinty’s Series last year and will be joined in the field by fellow Ontario driver and two-time series champion D.J. Kennington.

Kennington is the only driver in the history of the series to start every event since its inception under NASCAR sanction (125 races).

The St. Thomas, Ontario native also likes running the street course in Toronto and until mechanical problems ended his day early last year in Toronto, he had scored two top-five finishes in 2010 and 2011, respectively.

Practice and qualifying will be held on Friday with the Pinty’s Grand Prix of Toronto set to start at 3:45 p.m.