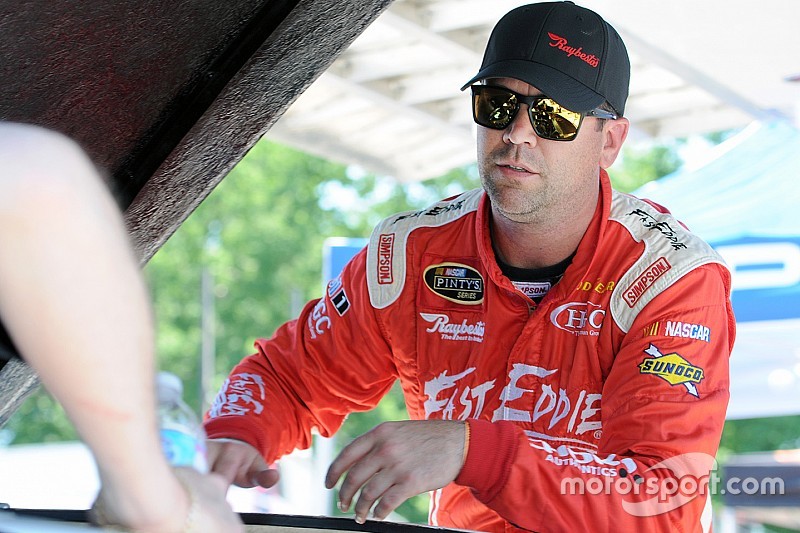 Although he retired from full-time competition in the NASCAR Pinty’s Series last season, Hathaway is still competes in Canada. But the truck race marks Hathaways first shot at one of NASCAR’s top tours.

Hathaway will make his first NASCAR Camping World Truck Series start in the Chevrolet Silverado 250 driving for Bolen Motorsports over Labour Day weekend. He will also compete in the NASCAR Pinty’s Series race prior to his truck event –- the Total Quartz 200.

During his Pinty’s Series career Hathaway accumulated eight wins, 35 top fives and 76 top-10 finishes. Eight of Hathaway’s nine wins came on ovals with his lone road course win in Pinty’s Series competition coming at CTMP in the fall of 2015.

Hathaway will enjoy support from partners Choko Authentic Apparel and Kubota Tractors for the Chevrolet Silverado 250 on the 2.549-mile paved road course located in Bowmanville, Ontario, just outside of Toronto.

“We are really excited that we have been able to put this program together with (truck owner) Jeff Bolen and his team,” said Hathaway. “Our sponsors came through to help us back our first NCWTS start and we are really looking forward to having a great weekend.”