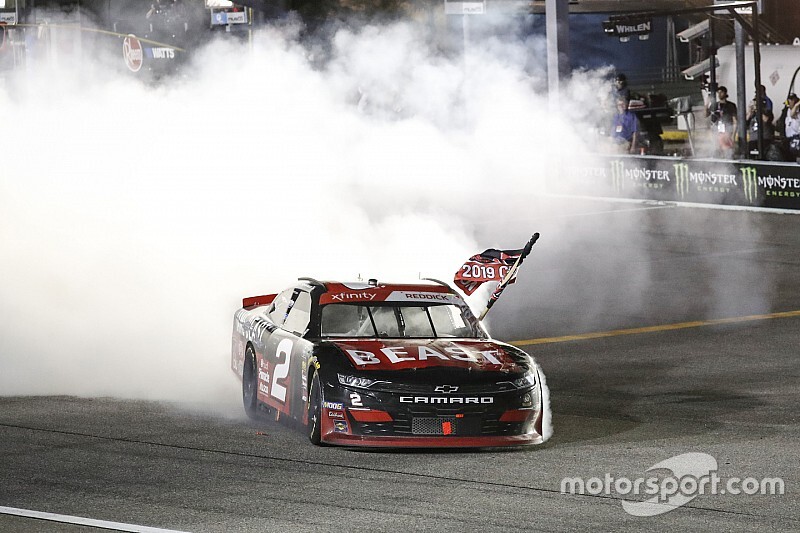 The 2020 NASCAR Cup Series rookie class is shaping up to be a stout one, featuring three drivers who combined to win 21 races this season.

Over the weekend, NASCAR celebrated the Xfinity Series championship of Tyler Reddick in Charlotte, N.C., as well as recognized the achievement of the three other drivers – Christopher Bell, Cole Custer and Justin Allgaier – who competed with him for the title at Homestead.

Three of the Xfinity Championship 4 will meet next season in the Cup Series, all competing for 2020 rookie of the year honors.

Reddick will drive Richard Childress Racing’s No. 8 Chevrolet, Bell will move to Leavine Family Racing’s No. 95 Toyota and Custer will drive the No. 41 Ford at Stewart-Haas Racing.

Together, they were dubbed the “Big 3” in the Xfinity Series this season and for good reason. The three won a combined 21 of the 33 races in 2019.

Much of the Homestead championship race featured the “Big 3” running together at the top of the leaderboard, much like how they dominated the top of the series standings during the season.

“It was perfect it came down to us three. At some point at the end of Stage 3, whether it was before the caution or whatever, we were battling, man, and that green-flag pit stop, we were just battling like we have all year long,” Reddick said.

“It’s just awesome we were able to come out on top on the deal, but a lot of times this year (bell) and (Custer) have bested us, too. Been a lot of fun racing them. I’m looking forward to racing them along with some really talented other drivers on Sundays.

“It’s just crazy that us three were able to win so many races and we were racing against each other so much. It was a blast.”

The Cup series is a big step up and whether any of them will compete for wins is an even bigger question mark. All are accustomed to winning on a regular basis, particularly Bell, who has amassed 15 victories over the past two seasons.

All three will be running with top organizations and should not lack for the resources required to compete at the highest level.

“It’ll be a lot of fun racing Cole and Tyler for rookie of the year next year. It’ll be interesting to see how each of us adapt to the next level,” Bell said.

“I guess Cole and Tyler have a little bit of a head start on me with a couple Cup starts, but yeah, it’ll be a lot of fun. I’m ready for the next chapter.”

“It’s definitely been a cool year,” he said. “I think we made each other probably all a little bit better.”

Who could join them?

Reddick, Bell and Custer aren’t likely to be the only drivers competing for rookie honors in the Cup series in 2020, but they will almost certainly be the most competitive.

Several fulltime Cup rides remain unfilled for next season and one or more could easily end up going to a rookie driver.

The most likely candidate is John Hunter Nemechek, who drove the final three Cup races of 2019 for Front Row Motorsports filling in for Matt Tifft. There’s a good chance Nemechek could move to the organization fulltime next year.