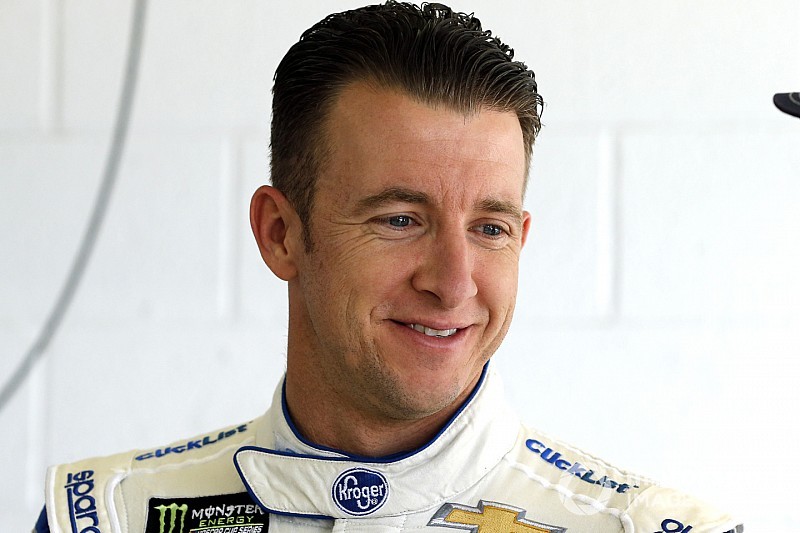 13-year NASCAR veteran joins NBC Sports Group to cover various events for the network in 2019 including IMSA coverage and contribute to NASCAR America.

It appears A.J. Allmendinger has found his next career after competing in the NASCAR Cup Series for the past 13 years.

Allmendinger and NBC Sports Group reached an agreement for the driver to be a part of the network’s exclusive IMSA coverage and he’ll also frequently contribute to the NASCAR America during the season as well.

Additionally, he will contribute regularly to NBCSN’s daily motorsports show NASCAR America. Allmendinger will make his broadcast debut during NBC Sports’ coverage of the 57th running of the iconic Rolex 24 at Daytona on Saturday, Jan. 26, where he is also expected to race as part of Meyer Shank Racing (MSR).

“A.J. loves to race and is passionate about IMSA,” said Sam Flood, Executive Producer and President of Production, NBC Sports. “His career as a driver across IMSA, NASCAR and Open Wheel will bring a unique mix of experience and insight to the NBC Sports team.”

Allmendinger is ready for the next chapter in his career.

“I couldn’t be more excited to begin this new chapter in my life alongside some of the most knowledgeable and influential voices in motorsports, and to be a part of NBC Sports’ second-to-none coverage,” said Allmendinger.

Allmendinger joins NBC Sports after competing in NASCAR for 13 seasons, most recently driving JTG Daugherty Racing’s No. 47 Chevy in the Monster Energy NASCAR Cup Series. He garnered his first career Cup Series win in 2014, and made his first playoff appearance that same year.

He also drove part-time in the NASCAR Xfinity Series, where he earned two victories (both in 2013). In 2012, Allmendinger was part of the overall-winning team in the Rolex 24 at Daytona. In 2006, he earned five wins and placed third overall in the Champ Car World Series.