Allmendinger's confidence high ahead of Rolex 24 and Daytona 500 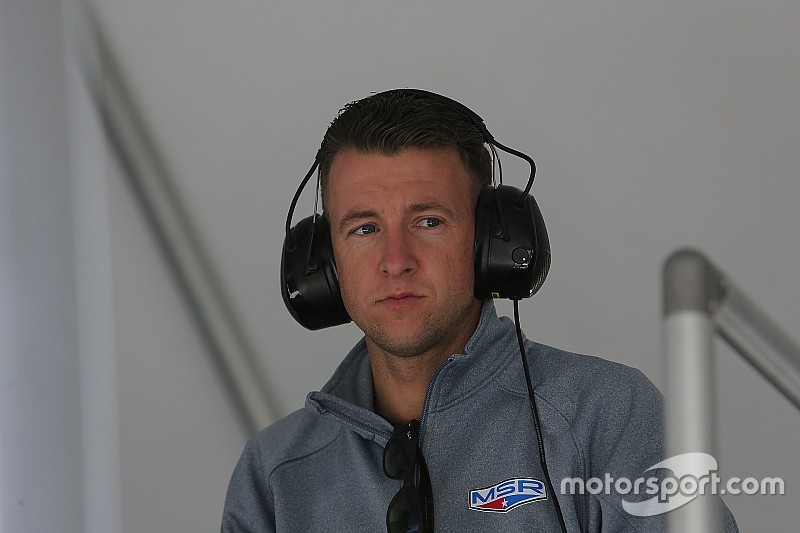 As soon as the Charlotte Motor Speedway Media Tour ended, AJ Allmendinger headed south for the Rolex 24 at Daytona.

Six years ago, Allmendinger won the 50th running of the iconic race in the DP class with his Michael Shank Racing teammates Oz Negri, John Pew and Justin Wilson.

But a lot has changed since the accomplished road racer piloted the No. 60 Ford Riley to Victory Lane in 2012.

“It’s going to be different,” said Allmendinger, who will drive the No. 86 Acura NSX GT3 this weekend. “I’ve always run the Prototype class, and (2017 was) Shank’s first year with the GTD class and the Acura NSX’s. They’ve really built a lot of speed. They won two races last year, so the car’s got a lot of speed in it. But it’s a different way of racing, you know? Being a Prototype, you’re the aggressor. You’re the one making the moves. With the GT cars, there’s a challenge to allowing cars to get around you and not losing a lot of time, and that’s where the best GT drivers are so good at it.

“I got only about 30 laps probably at the Roar (the test for the Rolex 24). ABS (system) brakes is way different than anything I’ve ever driven. It took me a while to learn. And I can’t say I’ve really got a full understanding of it yet, but I love that race. I love working with Mike Shank and that whole team. It’s a little bit like ours you know. I hadn’t seen those guys in two years and there’s a lot of different people there, kind of like our race team now. Anytime you can go run well and possibly win the race, it’s just a big confidence boost going into Speedweeks.”

Looking ahead to the Daytona 500

Stock cars, of course, are a completely different discipline, with the vast majority of races taking place on banked ovals as opposed to the road courses Allmendinger favors. Nevertheless, seven of the driver's 10 career top-five finishes have come on ovals.

And while Allmendinger has endured his share of misfortune at Talladega Superspeedway, that hasn’t been the norm at Daytona. In 17 career Monster Energy NASCAR Cup Series starts at Daytona, Allmendinger has been running at the finish in 15 races. Two of his 10 top-five career finishes—including his third-place finish in last year’s Daytona 500—have come at the 2.5-mile track. Allmendinger finished eighth when he returned to Daytona in July.

Accordingly, Allmendinger can look forward to the February's season-opening Speedweeks with anticipation, not dread.

Daytona notwithstanding, last year proved to be a struggle for Allmendinger in the No. 47 JTG-Daugherty Chevrolet. First, there was the challenge of expanding to two teams with the addition of Chris Buescher. Allmedinger said JTGD was behind with its aerodynamic development and never caught up. The driver’s cause was further complicated by two crew chief changes in the first 19 races--from Randall Burnett to Ernie Cope to Tristan Smith.

By the second race at New Hampshire Motor Speedway in July, Smith had taken over the No. 47 team. And at the end of last year, team owner Tad Geschickter entered into a technical alliance with Hendrick Motorsports, which should prove particularly valuable given Chevrolet's model change to the new Camaro ZL1 race car for 2018.

“Tad and Jodi (Geschickter, co-owner) and Ernie Cope (now team manager) have really focused on is to go out there and just give us everything that we need,” Allmendinger said. “The Hendrick Motorsports alliance, for sure, is going to be a huge help in the simulation-side of it with what they’re doing. We’ve been to the wind tunnel a lot this off-season, which is way more than we ever have.”

Allmendinger thinks the enhanced commitment of Kroger, his primary sponsor, will make a huge difference.

“We’ve got a lot of great partners but to have Kroger on every race; I might be wrong, but I might be the only team that has that, right?," he said. "The point being, they’ve been huge to kind of unite us as one team right now and make both of our race cars a lot faster. You want to be cautiously optimistic, but with what everything that’s been done in the off-season, I think we’re going to be a lot stronger.”

Still not willing to get back into an Indy car

Allmendinger, 36, is in the third year of a five-year contract with JTGD. While he has no plans to leave the series, Allmendinger has entertained running sports cars full-time. The Los Gatos, California, native started his career in open wheel, but after losing his friend and former teammate Justin Wilson in a freak accident at Pocono Raceway in 2015, Allmendinger vowed never to race with an open cockpit again.

“I’m not going to lie,” Allmendinger said. “I saw Sebastien Bourdais and Scott Dixon take a ride (at Indianapolis), and that made me think about it. I’ve already lost one really close, best friend in it. And it’s racing. You always know there’s a risk out there. But, already losing one friend and then watching that last year I was like, 'Oh, IMSA is looking good.'

“At some point, I’m sure I’m going to have to give this up. I love what IMSA is doing. There’s going to be 20 brand new Prototypes, there’s 21 or 22 cars in the Prototype class, which is bigger than any other Prototype class in the world. The GT class and our class, there’s 21 or 22 cars as well. It’s such a competitive field; I think the top 15 at the test were separated by 7 or 8 tenths (of a second). What they’re doing is great. There’s so many different manufacturers in there now. And I would love to do it, for sure.”

Kurt Busch: Some drivers getting a "free pass to become a superstar"

Jimmie Johnson seems to be preparing for life after Chad Knaus