Ally extends with Hendrick, regardless of Johnson’s future 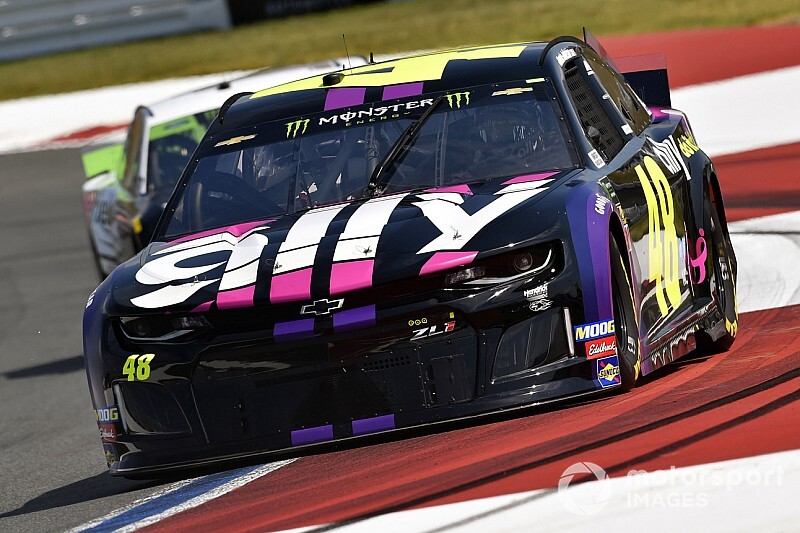 Whether Jimmie Johnson elects to continue his NASCAR career beyond the 2020 season, his sponsor Ally Financial will remain with Hendrick Motorsports.

Ally announced Friday that it has extended its full-season primary sponsorship of Hendrick Motorsports’ No. 48 Chevrolet for three more years, through the conclusion of the 2023.

The sponsorship deal remains in place whether Johnson remains as the team’s driver the entire length of the deal or not. Johnson, 44, is currently signed through the end of the 2020 season.

“Our first year with Jimmie and the team at Hendrick Motorsports has been phenomenal,” said Andrea Brimmer, Ally’s chief marketing and public relations officer. “Jimmie’s the ultimate competitor, and Ally is proud to support him and the rest of the No. 48 team.

“We are thrilled to extend our contract and build on the incredible momentum we’ve established. This sponsorship goes way beyond just putting our logo on the car. It’s built on our shared values for doing right in the communities we race in, while growing our brand with passionate, new audiences.

“We look forward to many more exciting laps together.”

Ally is a leading digital financial services provider and one of the largest auto financing companies in the United States.

“This is a tremendous relationship on many levels, and to see it have success and grow so quickly is truly meaningful,” said team owner Rick Hendrick. “Jimmie sets the standard and is a wonderful representative for Ally. Today is a great day for all of us.”

Johnson has won a NASCAR record-tying seven Cup titles, which include five straight from 2006-2010. In 2009, Johnson became the first race car driver to be named Associated Press Male Athlete of the Year. He has won 83 Cup series races and led nearly 19,000 career laps.

“The energy Ally has brought to the No. 48 team, Hendrick Motorsports and the sport of NASCAR is contagious,” Johnson said. “They have embraced our fans, activated their program in unique ways and supported me at every turn, from racing my No. 48 car every week to running the Boston Marathon.

“It’s a true bond – not just a business transaction. We care about each other’s success. I’m proud to be associated with Ally and can’t wait to see what they do in the future.”

In a press conference Friday afternoon at Dover (Del.) International Speedway, Johnson was asked about the prospects of driving the No. 48 through the terms of the new sponsorship extension.
"I haven't made that decision yet," Johnson said. "I don't have a timeline."

Johnson continued, "I personally know that I would like every day that I can before I need to make that decision. There’s a lot of things to look at with the Gen-7 car coming and the way our team is performing and what we are building. And, I might want to go longer than 2023. I just don’t know. And, I have not put much time and effort into it. There have been many other things to deal with and look at. These things, in the past, a contract renewal would usually start in the spring of the year the contract would end. So, based on past experience, I would say that probably sprint next year is when I would really get pressure to make a decision if I was going to return in 2021. I hate I don’t have any good news for you. I know you’d love to have that firm timeline, but I just don’t right now.”