Almirola to Logano: "If I'm not in (the final four), he'll know it" 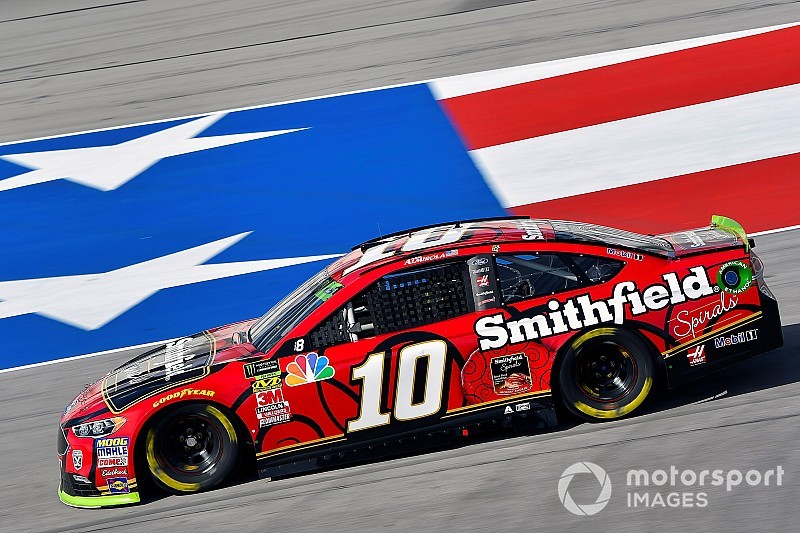 It appears Joey Logano has another driver gunning for him as he pursues his first ever NASCAR Cup championship at Homestead.

At Martinsville, Logano made an enemy out of Martin Truex Jr. when he knocked him out of the way for the win in the final corner, leading Truex to declare that he won't let Logano win the championship.

Today, it was Aric Almirola who took issue with the way he was raced. He claimed Logano came down on his door on a restart, nearly causing both drivers to wreck.

"We were a third place car and that restart there where we were finally in position, we fought all day from the back. We started in the tail and we worked diligently all day to get up to the front and finally got ourselves into position to at least have a shot, and the 22 just went down into three and put it right on my door and about wrecked us both.

"I'm not sure, I'll have to talk to him but he just continues to make things harder on himself. If that's the way he wants to race me when he's already locked into Homestead and we're out here fighting for our lives, that's fine. When Homestead comes around, if I'm not in, he'll know it."

After the incident, Almirola radioed his displeasure to his team: "Idiot ... he's already going to Homestead."

The SHR driver went on to finish eighth and leaves Texas in a must-win situation, seventh in the standings and 57 points below the cut line.

When asked to clarify what he plans to do to Logano, Almirola said, "just make it really difficult on him. He made it obviously really difficult on me today which was really unnecessary. He could have run fourth, fifth, 11th -- it wouldn't have mattered. He's still going to go to Homestead and race for a championship. It's just not smart."

As for the prospect of having to go for the win at Phoenix?

A representative for Logano said he would have no immediate comment on the remarks as he had not yet had the chance to hear the remarks or watch a replay of the interview.

Kevin Harvick fends off Blaney in overtime to win at Texas