Analysis: Daytona 500 victory "makes it all worth it" for Tony Gibson 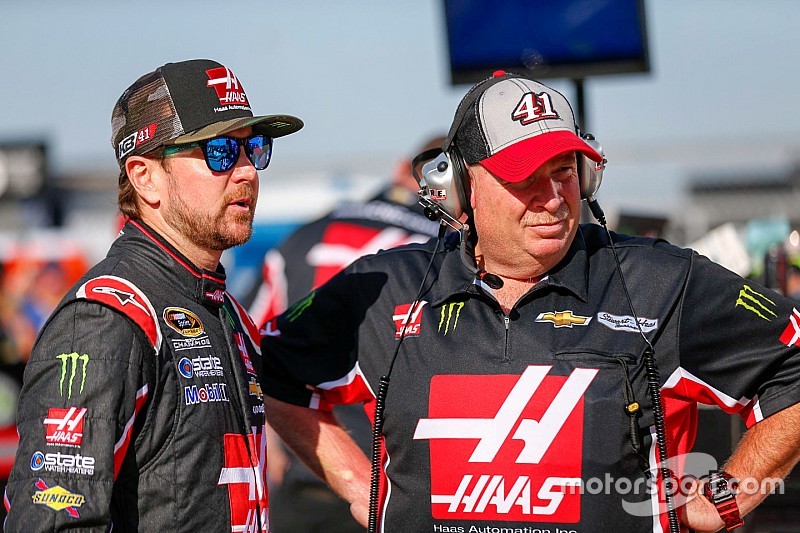 Tony Gibson’s journey to his first Daytona 500 victory as a crew chief has been a long one, and the past couple of years have been some of the most difficult.

At 52 years old, Gibson – whose nickname in the NASCAR garage is “Old Man” – knows he is reaching the end of his career. He’s also been plagued with a variety of nagging health issues that have at times prevented him from being at the track.

That’s what makes Sunday’s victory with driver Kurt Busch all that more special.

“This makes it all worth it. Just a few weeks ago I got so sick with the flu and then I had a gallbladder attack and it was full of (gall) stones, so I had that going on,” Gibson told Motorsport.com.

“I was in pretty rough shape but I knew I had to get everything done before the next week because we were coming down here to Daytona to start the season. It was tough, man, but I have great guys.

“Most of the guys on my team have been with me for 13 years, so I would text and call and they could pretty much function without me. That’s what I have that a lot of teams don’t have – a group of guys that can just roll right on.”

In fact, last June, with Gibson serving a one-race suspension for a missing lug nut on Busch’s No. 41 the week before at Charlotte, the team’s lead engineer, Johnny Klausmeier, stepped in and led Busch to a victory at Pocono Raceway.

“They can make it happen. That’s what you try to do as a crew chief is build a team that can survive without you,” he said.

Not short on experience

Gibson has worked with a ‘Who’s who’ of NASCAR’s best.

He worked as car chief on the late Alan Kulwicki’s 1992 championship team and was also the car chief for Jeff Gordon during his 1998 and 2001 championship seasons.

He grew up in Daytona Beach, Fla., within sight of Daytona International Speedway, and raced himself some before moving to North Carolina in the 1980s to find work with some NASCAR teams.

He’s enjoyed a long, successful career and even a Daytona 500 victory won’t change what lies on the horizon.

“I am stressed so bad with all the rules and all the things that are happening. It’s just so stressful on you. I’ve been doing this so long that at a certain point I just want to rest,” he said. “You don’t ever want to get out of it, I still want to be involved but you just want to take a break a little bit.

“I’m approaching that road where I want to slow down a little bit, help all four teams and be an asset to the company. But eventually I want to hand the reigns off.”

Knowing Gibson, he will ensure Busch and the No. 41 team will be just fine if he does.