Andy Lally: Charlotte Roval will be "insane" but fans will "love that" 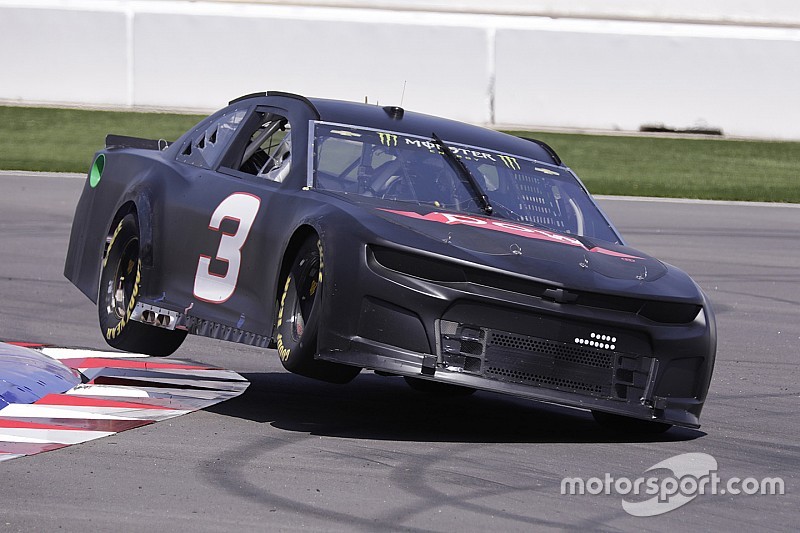 Lally, who has an extensive background in sports car racing as well as stints in all three of NASCAR’s national series, said unlike in some regular road courses, the Roval should be a very entertaining event because the course is much more condensed.

“I love the Charlotte Roval but I know it’s going to be crazy. You’re going to have a bunch of different strategies – some guys are just going to lie back and hang around and not even attempt to go anywhere until the middle of the third stage,” Lally said Friday at Road America, where he is competing in Saturday’s Xfinity Series race.

“But that’s going to be hard because the action is going to be from front to behind and the best thing about NASCAR racing is you kind of can’t lay off. In sports car racing you can kind of find your hole and cruise if you want.

“There is no hole, here. There’s no place to relax. If you’re not charging forward in NASCAR, you’re getting run over.”

Lally is competing in Saturday’s Johnsonville 180 at Road America in the No. 90 Chevrolet for DGM Racing. He will also compete in the Sept. 29 Xfinity race on the Charlotte Roval for the team.

Lally, 43, said he would also be open to competing in the Roval’s Cup series event, should the opportunity present itself.

“That Roval is going to be like a Mickey Thompson off-road race without the jumps. It’s going to be insane. But I think the fans are going to love that,” he said.

“For me, selfishly, I’d like to see more. My opportunities are going to come when team owners need somebody with road course experience.”

Each road course is unique and it’s difficult to make an infield road course within a 1.5-mile track challenging, Lally said. He believes the characteristics of the 17-turn, 2.28-mile Roval course – using most of the speedway and a 35-foot elevation change on the infield portion – will set it apart.

“The race is going to challenging. The race is actually going to be more challenging at the Charlotte Roval then it will be here (at Road America) in regards to you are never going to have time to breathe,” he said.

“Here it always strings out a little bit, we’ve seen it in the past. That’s not going to happen at the Charlotte Roval. Everybody is going to be on top of one another. It’s going to be like a rally race.”