Bill Elliott on return: "I really don’t have anything to prove" 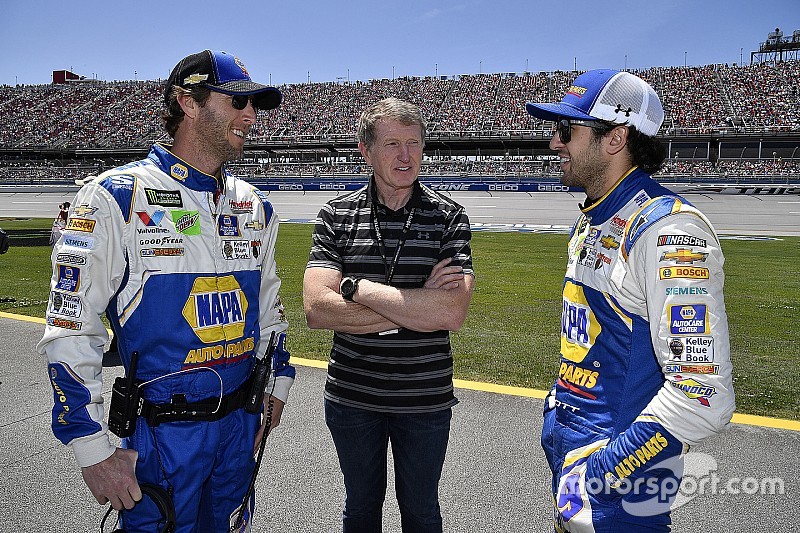 Hall of Famer Bill Elliott said his appearance in the Road America Xfinity race later this month could be considered his “retirement race.”

That doesn’t mean the 62-year-old former champion in what is now the Monster Energy NASCAR Cup Series won’t still be found on a race track occasionally.

“I would say in the (NASCAR) national series, this will be my last race. I’m not saying I wouldn’t do something else,” Elliott told SiriusXM NASCAR Radio host Claire B. Lang on her show, “Dialed In.”

“I’ve been enjoying the vintage car races the last couple of months. I’m going to run a Trans-Am car at Mid-Ohio next weekend just to tinker around with. Just trying some different stuff,” he said. “I’ve been through so many evolutions of racing and I just want to see what this stuff is like.

“I was watching the Xfinity race (at Watkins Glen on Saturday) and man, those guys are good. I just would like to see how are these cars are today, how are things going along and just kind of see what it’s all about.”

GMS Racing announced Saturday evening that Elliott, a 44-time winner in the Cup series, will compete in the Aug. 25 Xfinity Series race at Road America in the team’s No. 23 Chevrolet. He made his most recent NASCAR start in 2012 for Turner Motorsports in the Cup series.

“We kind of got to talking about it and they asked me to do it and I thought, ‘Well, what the heck.’ I mean I really don’t have anything to prove,” Elliott said. “I don’t know what my expectations are.

“After (Saturday), I texted my team and said you all might want to put A.J. (Allmendinger) back in the car after what he did today (finished second). I haven’t driven one of these cars in a while and I thought wouldn’t it be great to see what it’s like.

“Win, lose or draw, go up there, first off have a good time, enjoy the moment and just see what goes from there. I never have officially retired.”

"He hasn't forgotten how to drive"

Elliott’s son, Chase, now a full-time competitor in the Cup series at Hendrick Motorsports, has made four starts with GMS this season in Xfinity with a best finish of second at Pocono Raceway.

Asked Saturday about his father’s return to NASCAR competition, the younger Elliott said, “I definitely want to go. It’s going to be exciting. I know he’s excited about it.

“He just needs to go have fun and I think he will. He hasn’t forgotten how to drive. So, I think that he will have fun with it and that is the main thing, go and enjoy it and have a chance to get racing again.”