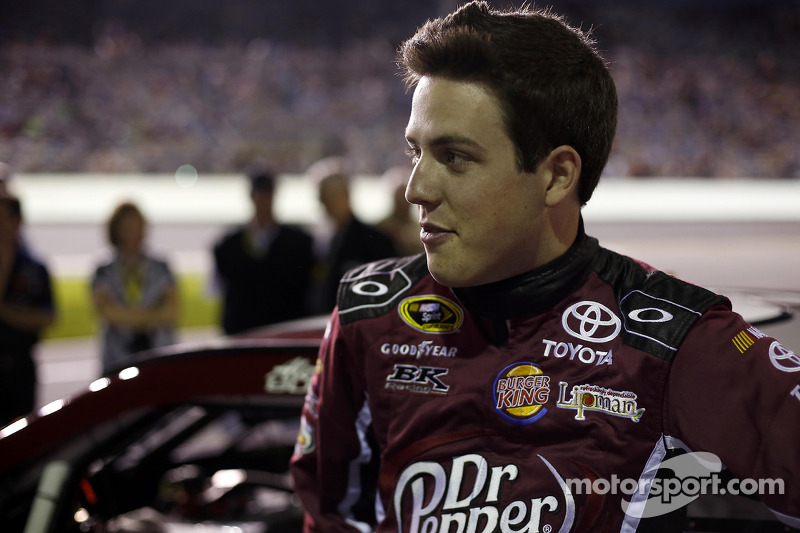 Alex Bowman and Ryan Truex prove that boys will be boys

Alex Bowman certainly knows how to make an entrance.

Despite storms postponing Saturday night's Coke Zero 400, Bowman, 21, wasn't going to let a little rain get in the way of having a good time.

The driver of the No. 23 Dr. Pepper Toyota challenged his fans in the Twitterverse to post the following dare: "10,000 retweets before driver intros and if it's still wet Ryan and I will make this (drivers' stage) a slip and slide for intros".

Although Bowman failed to reach his quota, he carried through with the task any way. Yet when his exploits weren't captured on Twitter, Bowman offered a bribe - or a "reward" in the form of a pair of signed driving gloves for the "best picture".

Much to his dismay, a picture of his teammate Ryan Truex appeared on Twitter prior to one of his own.

Nothing like a friendly rivalry among rookie teammates. But Bowman finally got his wish.

The BKR teammates - Bowman and Truex - will roll off 43rd and 42nd, respectively, when the action resumes at Daytona International Speedway.

Hopefully, their drivers' suits will have dried out by then.

Massive crash takes out a number of contenders early at Daytona