Juan Pablo Montoya was expected to take NASCAR by storm. A skilled and proven Formula One racer had descended on the simplistic world of oval track stock car racing. He would drive ovals around the Americans, many thought (particularly the Formula One fans). Some even compared him with the likes of Mario Andretti.

A half decade later, we find the Montoya experiment a complete flop. He has won only two races, flipped through crew chiefs, and exhibited a precipitous decline. His bizarre crash last night at the Daytona 500 was yet another notch downward in a career that seemed so promising. Now he's scraping the bottom of the NASCAR barrel. The odds on Montoya winning the Sprint Series Cup this year is close to zero. 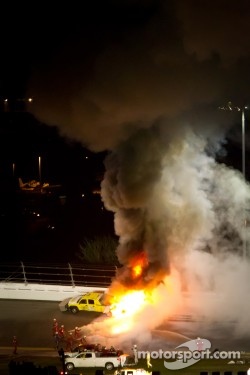 A jet dryer truck is on fire after a crash with Juan Pablo Montoya, Earnhardt Ganassi Racing Chevrolet

Maybe NASCAR is not as easy as it looks. NASCAR takes a complete different set of skills, and many involve dealing with others, including the opponents.

One: the racer has to gain the trust of his fellow drivers. If the better drivers don't want to go tandem with the racer (because he's a jerk or reckless or combination), then he is left sitting alone at the dance, or at best doing the tango with lesser partners. Either way, the racer is doomed for the bottom half as no pure driving skill could defy the law of drafting physics.

Two: the driver and the crew chief need to work together well. It seems, based on Montoya's career, working well with others is not his strong suit. He has proven this over and over, and as he gets older and his bad habits are congealed, things are not getting any better. What crew chief of any decent repute would work with him?

Three: the racer needs to promote himself well. Success and good promotion lead to more sponsorships, better cars, better crew. The opposite is also true. His decline is putting him in lesser cars, less support.

Can he reverse the trend? Not so easy. I am sure Juan Pablo is scratching his head also. But he won't change his ways all that much and the negative loop of mediocrity shall continue. 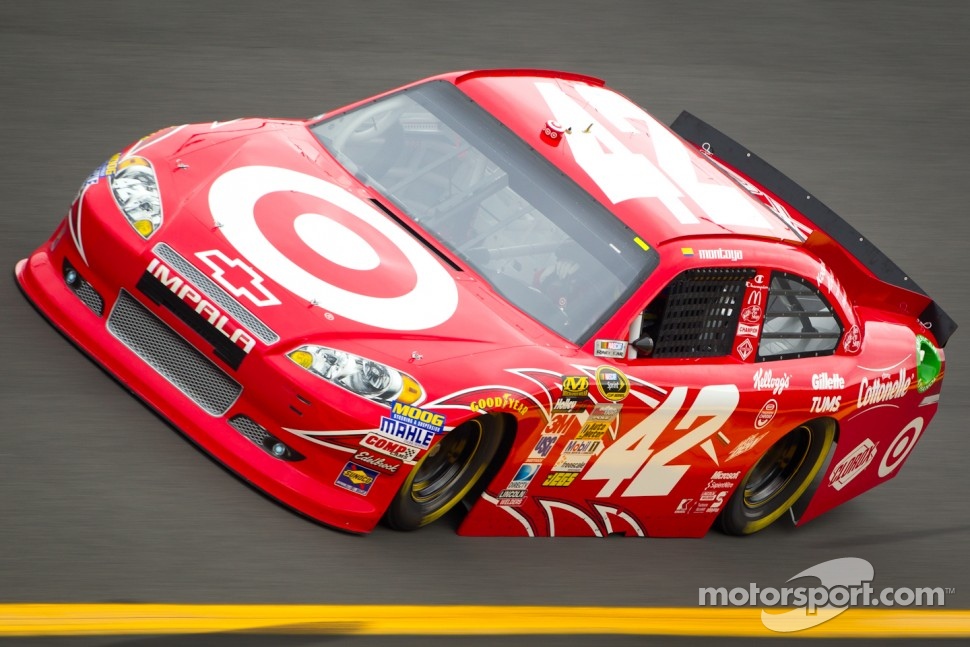