Bowman "frustrated" by other drivers taking advantage of him 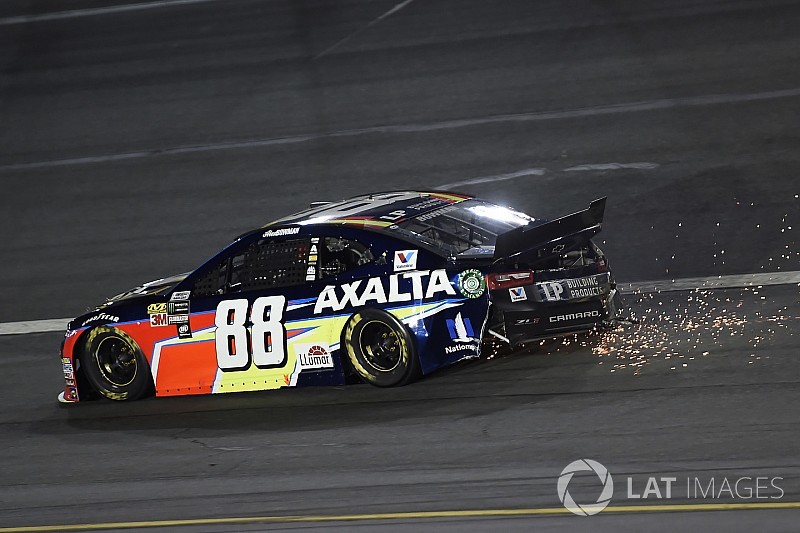 Bowman finished 21st (last) in his All-Star Race debut after crashing out towards the end of the third stage. But that was not the source of his frustration.

The Hendrick Motorsports driver was battling for the tenth position with Brad Keselowski when he lost control of the car got into the outside wall. However, the nose of his machine was already damaged in an earlier incident, which Bowman admitted was due to impatience on his part.

“Yeah, just got loose. We had been really tight all night. I knocked the nose off of it early. We got slid and I wasn’t happy about it and instead of checking up, I didn’t lift. I probably should have lifted because it hurt me more than the guy that ran us like that. I’m just frustrated," he explained.

"I feel like these guys have taken advantage of me quite a bit this year and I’m over lifting for guys. I’m not going to go out of my way to slow myself down to help somebody else out. They would race me the same way. I’m just kind of over it, but as far the crash, I just got loose and it stepped out. I saved it, it stepped out again and I couldn’t save it. Really frustrating. I hate it for my guys, it’s my fault that we were in the situation further back than we should have been.

"I should have just been more patient and not knocked the nose off of it early.”

Bowman enters the Coca-Cola 600 this weekend 14th in the championship standings.

Kevin Harvick enjoying the moment as "everything's going our way"