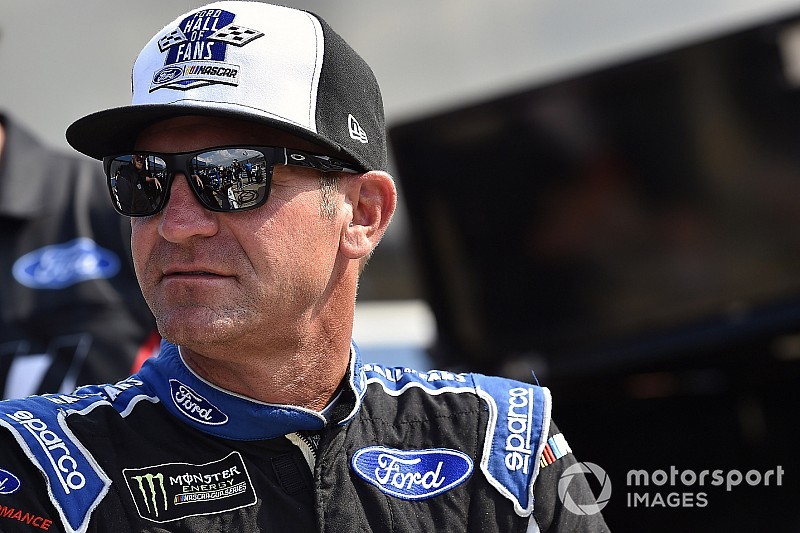 The 25th running of the Brickyard 400 finally got underway Monday afternoon.

At the start of the race, Kevin Harvick gave way to Kyle Busch, allowing him to get away with the lead from pole position.

Behind them, there was jostling throughout the pack which culminated in a hold-your-breath moment as Joey Logano slid up in front of Kyle Larson, forcing the latter to lift and allowing Clint Bowyer to pass them both.

At Lap 10, Harvick pitted just before the competition yellow and Kyle Busch tried to follow suit, but had to stay out as he did not get slowed down in time.

But Harvick’s strategy backfired as he was then hit with an uncontrolled tire penalty, so he opted to return to pit road during the planned yellow for fuel.

Busch won the race off pit road ahead of Erik Jones, Paul Menard and William Byron. But it was Denny Hamlin and Clint Bowyer who led the way for the Lap 15 restart, both choosing to stay out.

Hamlin was able to remain in control on the restart as Kyle Busch got around Bowyer for second. He later passed him back moments before the competition caution.

Kurt Busch, Harvick and Ricky Stenhouse Jr. all took the opportunity to pit just before the second competition caution came out, but it did not work out for Stenhouse or Harvick. Stenhouse was nailed for speeding entering the pit lane while Harvick had to return due to problems with the front pit gun.

During the pit stops that followed the caution, Ryan Blaney got into the right rear of his teammate Brad Keselowski, flaring out the right rear fender.

Kurt Busch led the way for the restart that followed and continued to do so until another caution, this time for Martin Truex Jr. After starting from the rear of the field and working his way up into the top 15, the reigning series champion suffered a brake failure that put him out of the race.

He had been battling brake issues since the start of the race, which ended with a brake rotor exploding as he entered Turn 1 on Lap 41.

“It was unfortunate. Our Auto Owners Toyota was really fast. Hopefully, we get this bad luck out of the way before the playoffs,” said Truex.

The race went back green with Kurt Busch still in control, but his SHR teammate Bowyer was able to snatch the lead away, taking the stage win for himself. Busch was second, Hamlin third, Larson fourth and Kyle Busch fifth.

Dale Jr. on retirement: "I work so much more than I did as a driver"