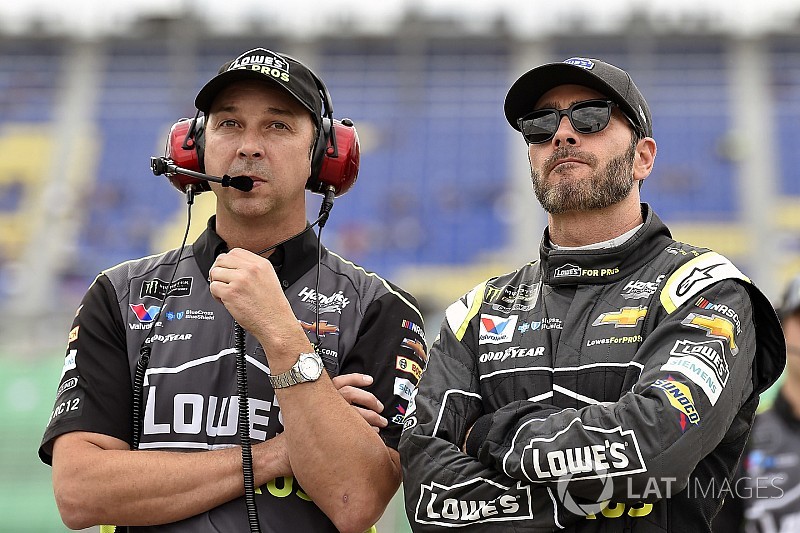 Chad Knaus will continue as the crew chief for Jimmie Johnson for at least two more years.

Both he and Johnson now have contracts with Hendrick Motorsports that will go through the 2020 season.

No other driver/crew chief pairing today matches both the duration and success of Johnson, 42, and Knaus, 46, who have been together since the 2002 season. The duo have won seven championships and over 80 races in nearly 600 MENCS starts.

Although the No. 48 team has struggled throughout the 2018 season and have yet to win a race, Johnson is currently in a playoff position on points.

"Obviously, I’m a very competitive person and if we go three weeks without winning I’m frustrated, said Knaus when asked if the winless streak motivates him. "It’s just a matter of going out there and competing.  I love to compete.  The winless streak right now, yeah although it’s not where we want to be by any stretch of the imagination it is where we are. It’s our reality right now and we’ve got to fight through it.”

The pair are chasing history together as they pursue a historic eighth championship, which would be the most ever for a driver and matches Dale Inman's record as a crew chief.

"I think I would be foolish and lying to not admit the fact that to get eight championships and to put Jimmie on a pedestal by himself at the top of the standings with championships is not a huge desire of mine and something I definitely want to try to achieve," admitted Knaus.