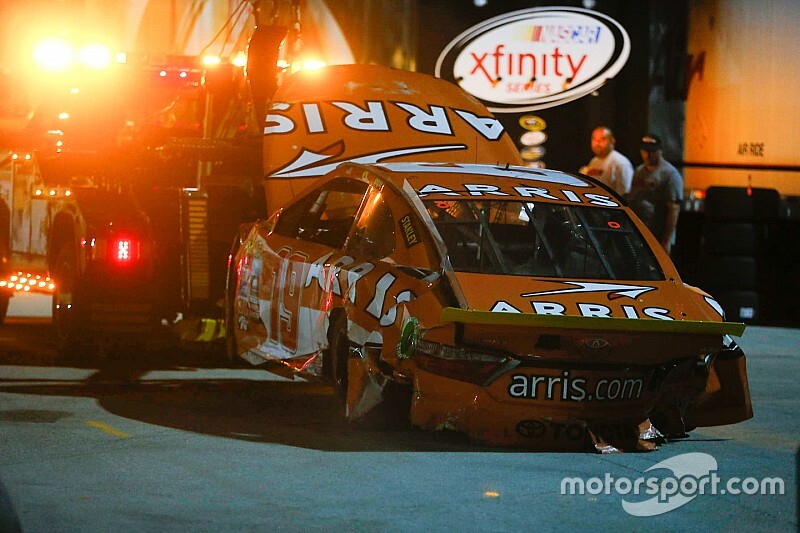 A brief look back on NASCAR's knockout-style playoff format and the four-way title fight that has been the status quo at Homestead-Miami Speedway since 2014. 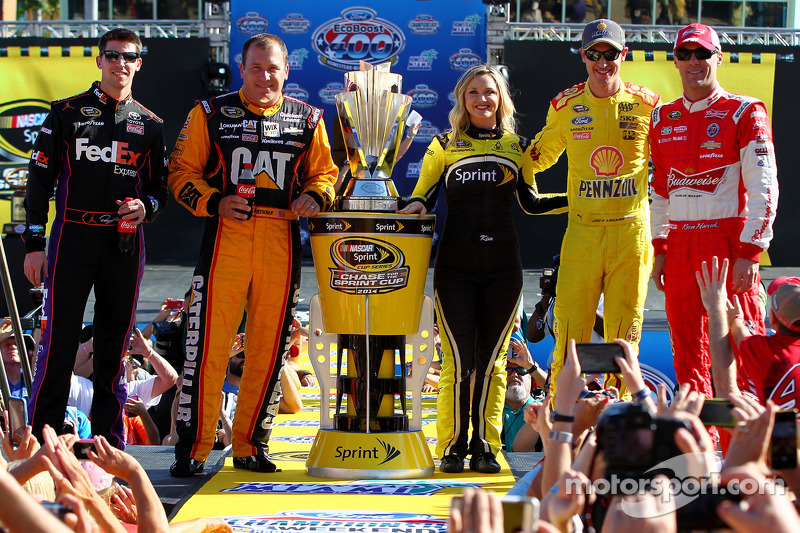 In 2014, the current playoff format made its debut. It was unlike any other points system that had preceded it, setting up a winner-take-all finale with four drivers all essentially tied in the standings.

A costly mistake on pit road 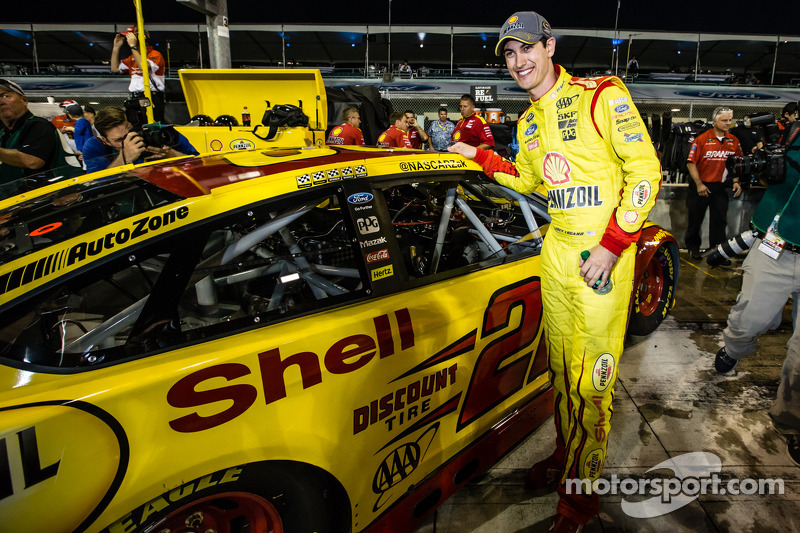 Joey Logano was still in contention for the title in the closing laps in 2014, but when the car fell off the jack during a late-race pit stop, his dream of a championship fell with it. 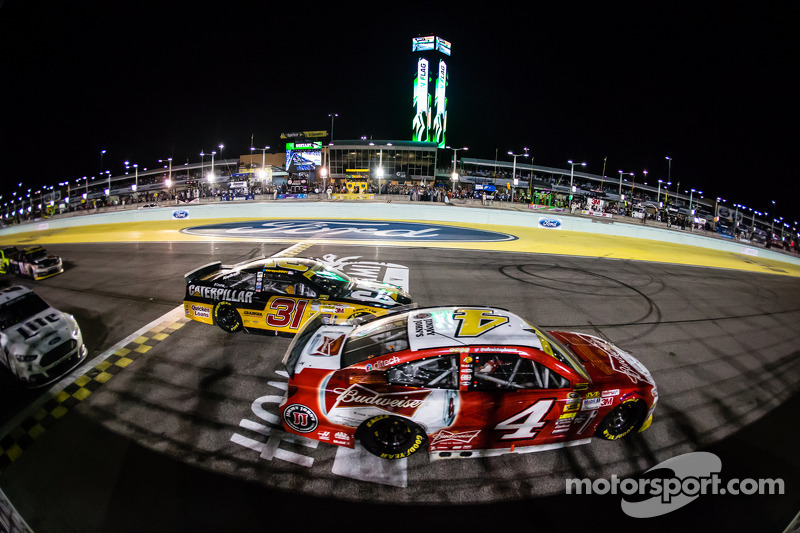 Ryan Newman was the outlier in 2014, a driver with no wins who succeeded against a format that awarded wins over all else. He had as many top-fives that season as Harick had wins, but still found himself with a very real shot at the title in a two-lap shootout. 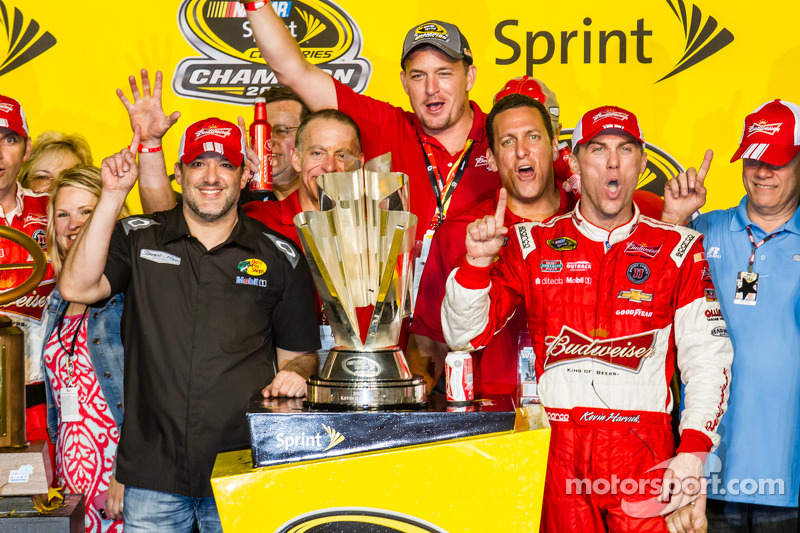 Newman would finish second in the race and the championship as Kevin Harvick prevailed for his maiden Cup title, crossing the finish line a mere half a second ahead of the RCR driver. In the eyes of many watching, the format delivered and was here to stay. 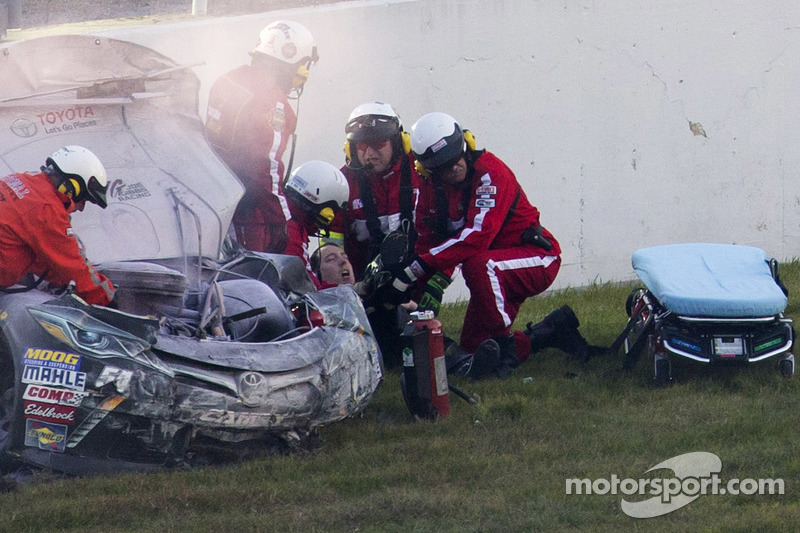 The 2015 title fight started in a very unlikely place -- in the back of an ambulance following a NASCAR Xfinity Series race at Daytona in February. Kyle Busch suffered a compound fracture in his right leg in this accident, missing the first third of 2015 season. 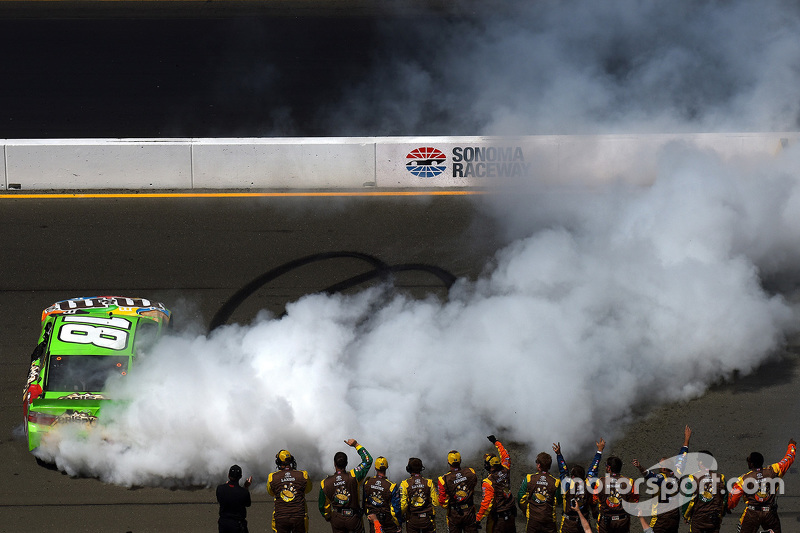 Busch returned after missing the first 11 races of the year and with a medical waiver from NASCAR, he was still eligible for the championship. But first he needed to win a race and make it inside the top-30 in points. He won at Sonoma in just his fifth race back and that was just the beginning of his remarkable run into the playoffs. 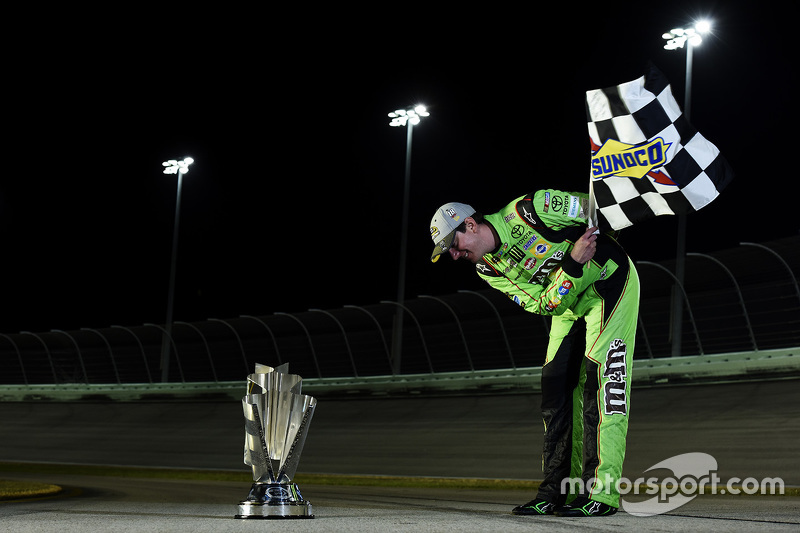 Kyle Busch's comeback was aided by the current playoff format, but he quieted most detractors with his incredible road to the championship. Busch won five races in 11 fewer starts than any other driver, beating Harvick for the title.

A sudden end and a question of what could have been 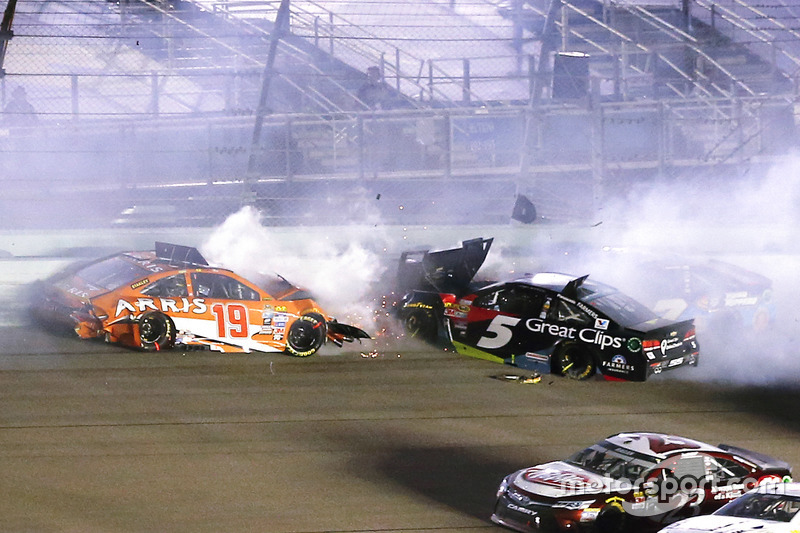 In a restart late in 2016's title-decider, Carl Edwards was in control. Joey Logano tried to push it three-wide entering Turn 1 and Edwards threw a block, resulting in a massive accident. It would be the end of Edwards' title run and even though we didn't know it at the time, it would be the end of his career. He shocked the NASCAR world when he announced his retirement from the sport during the off-season.

History in the making 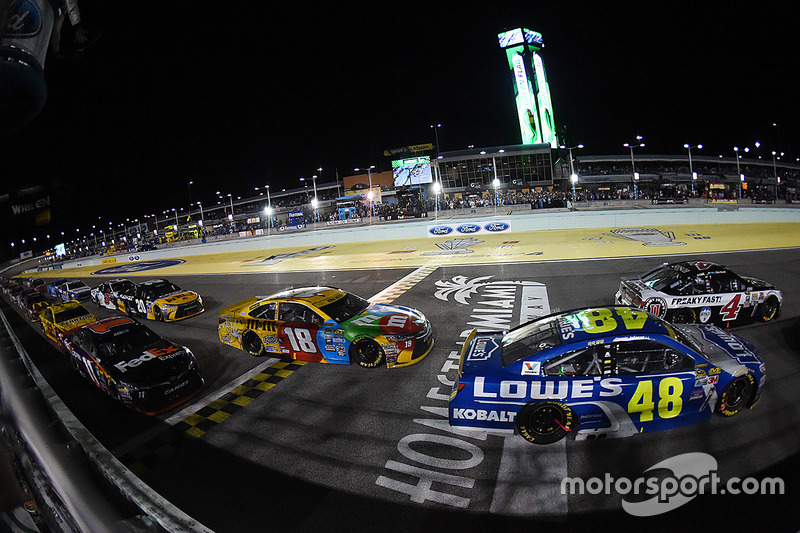 With Edwards' dramatic exit from the race, Jimmie Johnson was thrown into a position to win it all. Although he just needed to beat Kyle Busch and Logano, he took it even further and passed Kyle Larson for the race win -- his first at Homestead. 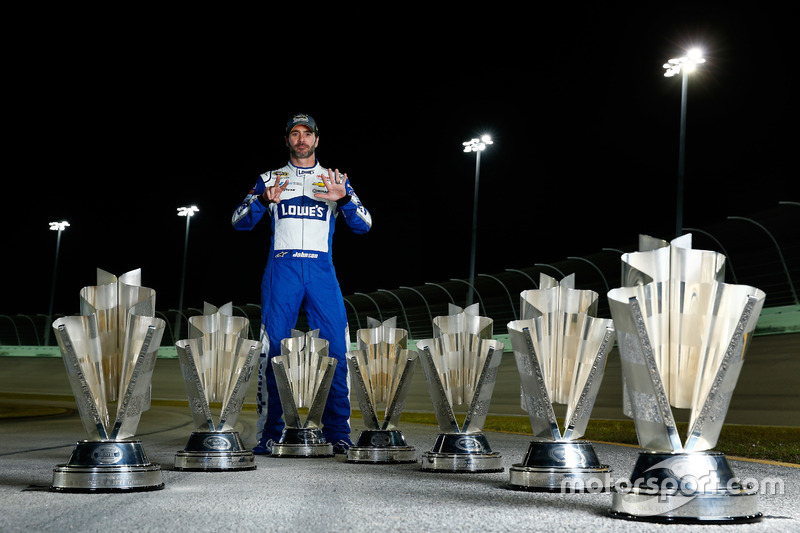 With Johnson's 2016 triumph, he joined the most elite class in NASCAR, matching Richard Petty and Dale Earnhardt as the only other seven-time champion in the sport's history. He did it with multiple playoff formats and over a period of just one decade, making it even more impressive. 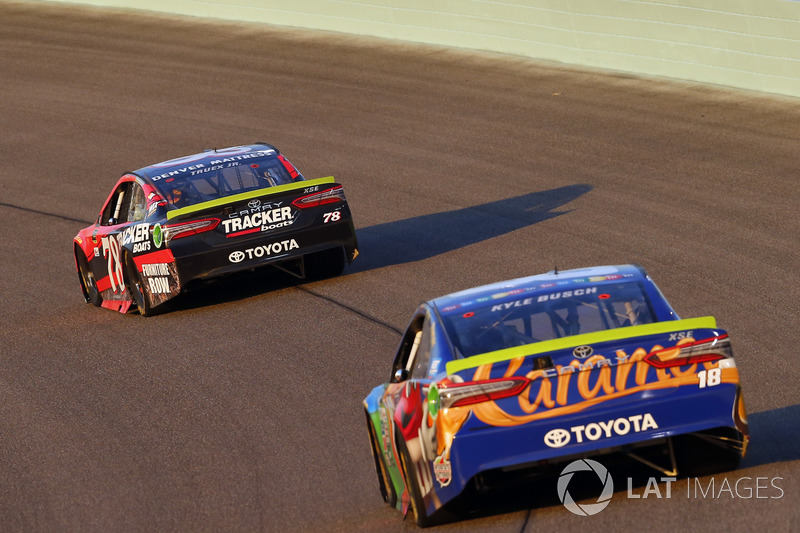 The 2017 title fight came down to Furniture Row Racing's Martin Truex Jr. and Joe Gibbs Racing's Kyle Busch. It was an interesting dynamic as FRR benefited from a technical alliance with JGR and ended up besting them with their own equipment. 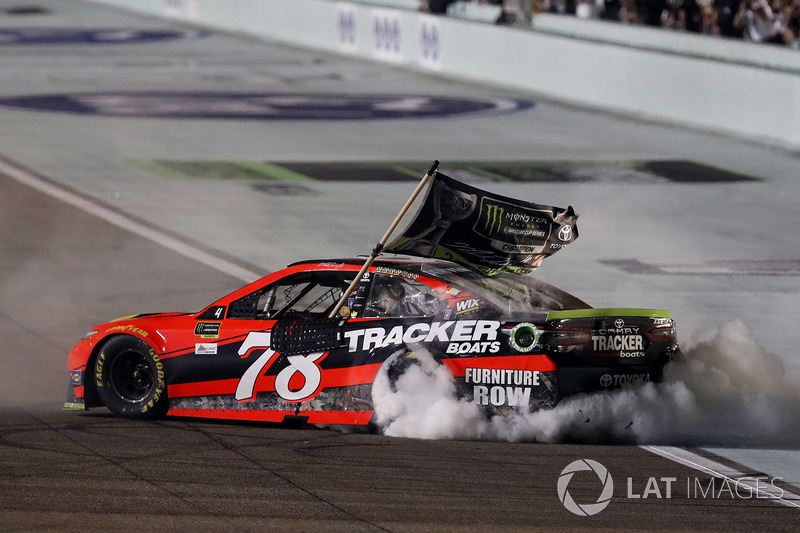 Truex and team overcame adversity and tragedy en route to the 2017 crown, the exclamation point on Truex's sudden rise to the top of NASCAR Cup Series competition. 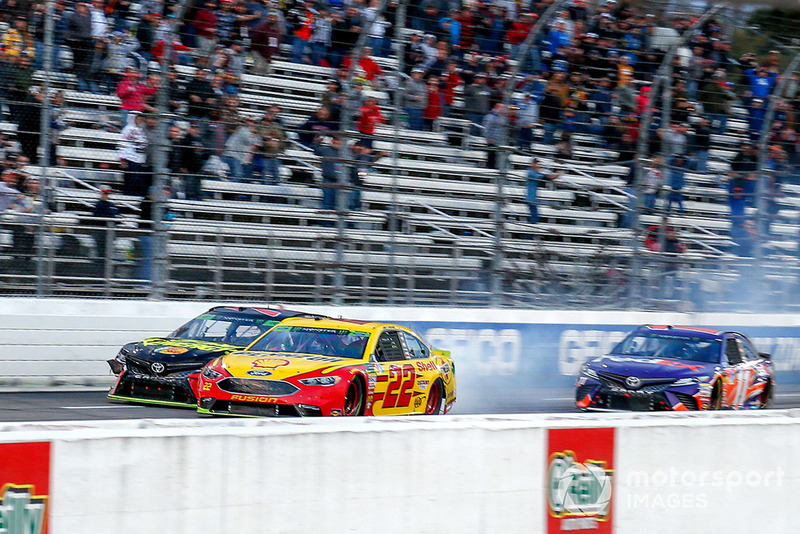 One could say that the 2018 championship was decided on the Martinsville short track rather than the finale at Homestead. When Logano moved Truex to take the win in a spectacular finish, it changed everything. 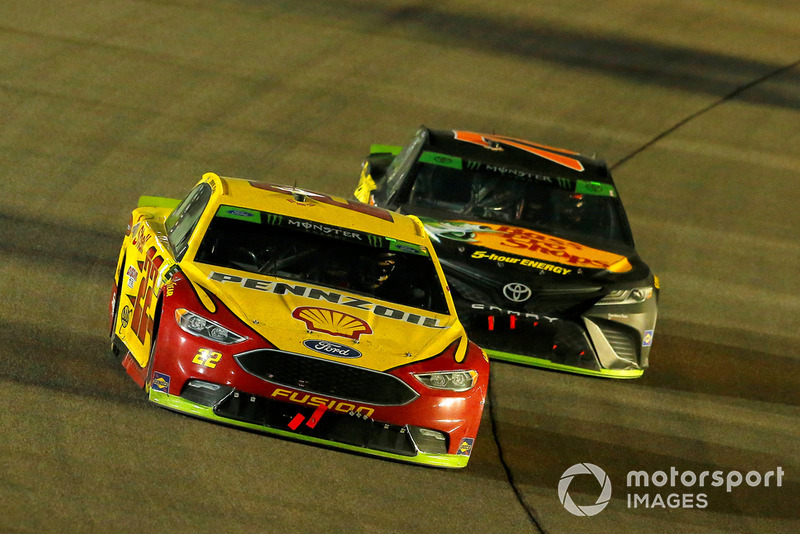 Joey Logano's Martinsville win secured him a place in the Championship 4, but he was still seen as the underdog. He was up against three former champions who had utterly dominated the 2018 season and been dubbed the 'Big 3'. And on top of that, Truex had warned after Martinsville that Logano may have won the battle, but he won't be winning the war. 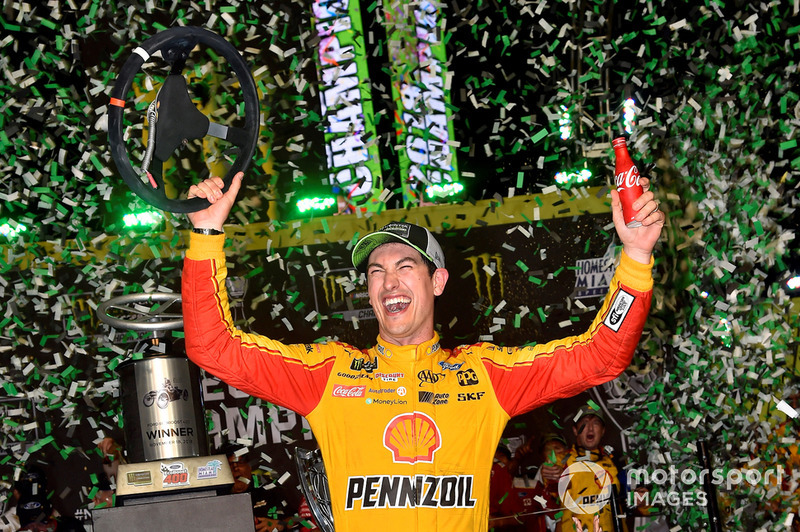 Even still, Logano beat the odds, and Truex in a late-race shootout to earn his first NASCAR Cup Series champion and Team Penske's first since 2012. He continued a streak of five different champions in the last five years since this format was introduced. Denny Hamlin will try to make it a sixth this year as he goes up against Busch, Truex and Harvick for the 2019 crown.

Is this Kyle Busch's year? "I would certainly like to think so"

Steve Phelps: NASCAR wants to put the 'stock' back in 'stock car'