Chase Elliott: Teams will likely be in "attack mode" at Atlanta 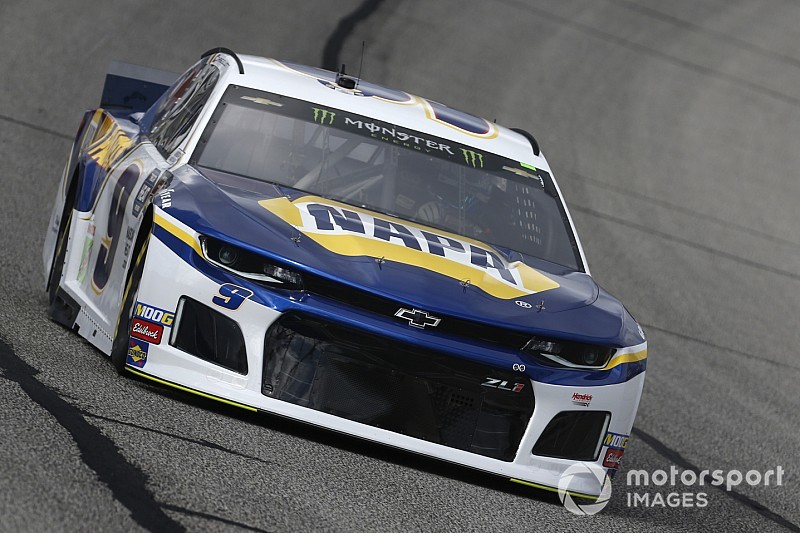 Nobody knows quite what to expect with Sunday’s debut of the new aero package in the NASCAR Cup Series race at Atlanta.

Virtually the entire field has had little to no track time with the specific package being used this weekend, and Chase Elliott believes there may be just one way to determine how teams have mastered the package’s learning curve.

“You will find out, I guess, if somebody spanks the field. Until then, I am really not sure what we are going to have,” Elliott, 23, said Friday at Atlanta Motor Speedway. “I’m sure there is going to be guys that get it better than others to start.

“I think as time goes on, everybody is going to continue to develop and make it better and improve their cars and their packages for these race tracks.”

Atlanta also provides its own unique challenges, particularly with its worn racing surface and the accelerated tire fall off that comes with it.

In part because of the new package that features more drag and less horsepower, Goodyear brought a new left-side tire this weekend as well.

“I think your car is probably going to have to drive a little better here than it might at other places,” Elliott said. “All those things weigh in and I’m sure there is going to be somebody that hits it right on Sunday as a team and as an organization and hopefully it’s us.

“I don’t really know until we try it.”

In all three of Elliott’s career starts at Atlanta, the Georgia native has finished in the top-10. His best effort was fifth in 2017.

“I’ve been racing here for a long time, raced a lot of Legend cars and Bandolero races here, so it’s a special place to me,” he said. “Home race track, as close as I’m going to get to the house I guess, so that is always nice.

“It’s cool to kind of have that hometown crowd feel is always neat here, too.”

While teams face a slew of unknowns this weekend, Elliott believes the pace of the race will ultimately determine how the effects of the package play out on Sunday.

“I think as the pace is a little slower now, I think everybody is going to be in attack mode in a lot of ways,” he said. “How that translates into the race and how aggressive people get – I mean there is only so much space on the track right?

“So, at some point, somebody is going to have to draw the line as to what is smart and what is not. We are week two of 38, so surely we will think about that a little bit as the weekend goes.”

That may well prove the case, at least through the first two stages of Sunday’s race.

But as the races draws to a close and a victory – and playoff berth – on the line, the risk factor could rise dramatically, much like it did in final laps of last weekend’s Daytona 500.

“I think (the race) has potential to look different for sure, especially at the beginning of a run, depending upon how long the run is,” Elliott said.

“I could even see the race track being wider. I could see the top lane and the middle being a more viable option than what is has been in the past, but I could also be wrong there, too. It will be interesting.”