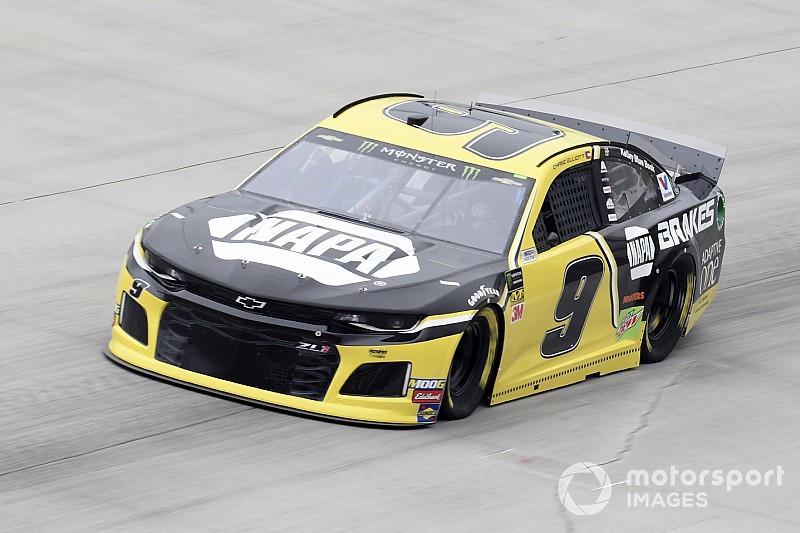 One week after earning his first win in the Monster Energy NASCAR Cup Series this season, Elliott won the pole for Sunday’s Gander RV 400 at Dover (Del.) International Speedway with a new track qualifying record.

The pole is Elliott’s second of the season and sixth of his career.

“Team Hendrick is 1-2, which is awesome. Thanks to Chevrolet power and everybody that contributes to our car, they’ve been working hard,” Elliott said. “Hopefully, we can back it up on Sunday.

“It’s going to be a really tough race so you better eat your Wheaties these next couple days and hydrate because I think Sunday is going to be tough, especially if the sun’s out like it is right now.

“Thanks to all my guys. The No. 9 team has been working really hard and all of our group. We have a good group, we just have to keep after it and hopefully we stay where we start on Sunday.”

Earlier Friday, 23 cars eclipsed the track record in practice. But with temperatures at least 12 degrees warmer during qualifying, only the top five ended up topped the old mark of 164.444 mph set by Brad Keselowski in 2014.

“Little tight in (Turns) 1 and 2 ... wasn’t perfect,” Elliott said on his team radio after his qualifying attempt.

Joey Logano was fourth and Alex Bowman completed the top-five.

Kurt Busch, who was fastest in Friday’s practice, will line up 19th.

Prior to qualifying, the car chief of Aric Almirola’s No. 10 Ford was ejected for the weekend after his car twice failed pre-qualifying inspection.

Kyle Busch: "No question" speeds at Dover are near "danger zone"